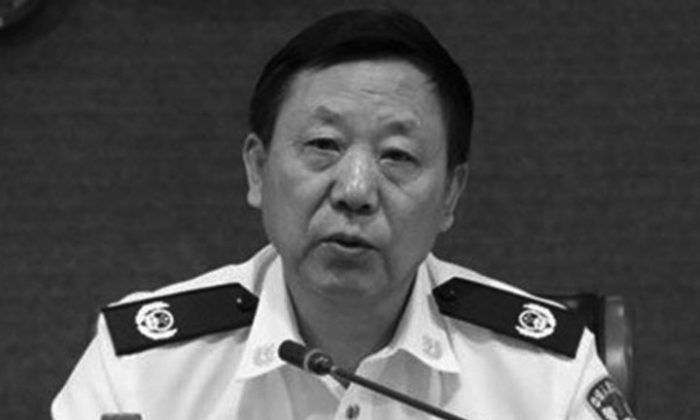 Two years ago, a Chinese man in his 60s stabbed and shot a young woman, allegedly his mistress, and then burned her body. Upon investigation, police found two guns and 49 bullets hidden in his possession, and about 90 explosive detonators in his office, according to Chinese state media.

The man was a former police chief.

Zhao, 66, is the first high-level official to be executed since the launch of Chinese leader Xi Jinping’s anti-corruption campaign in 2013.

Zhao was found guilty of murder, bribe-taking, and illegal possession of firearms and explosives last November in a court in Taiyuan, the capital of Shanxi Province in northern China, according to a statement by China’s Supreme People’s Court. He appealed, but the high court of Shaanxi Province affirmed the death sentence.

When Zhao was in office, he had accepted bribes totalling 23.68 million yuan ($3.45 million) between 2008 to 2010, according to Chinese state media. It is unclear if he refused to take bribes during the first three years of his tenure as police chief, beginning in 2005, or whether China’s state media simply excluded those transgressions.

Before his retirement, Zhao Liping headed the public security bureau of Inner Mongolia, a major mining district in northern China bordering Russia and Mongolia, among other official duties.

Zhao was also held responsible for human rights crimes. The World Organization to Investigate the Persecution of Falun Gong, a U.S.-based NGO, lists Zhao as one of the main perpetrators behind the imprisonment and torture of large numbers of Falun Gong practitioners in Inner Mongolia.

The persecution of Falun Gong, a traditional Chinese spiritual discipline, was launched by former Communist Party chief Jiang Zemin in July 1999. Hundreds of thousands of practitioners in China are still being held in some form of detention, where they are frequently abused and tortured.

Zhou Caixia, a Falun Gong practitioner in Chifeng City, Inner Mongolia, was kidnapped by security forces in early 2003. While detained, prison authorities beat her repeatedly and hung her by handcuffs from a basketball hoop for several hours. She died from torture within a few days of her arrival at Baoanzhao Prison in Inner Mongolia, according to reports on Minghui, a clearinghouse for first-hand information about the persecution.

In a report online, Minghui says that Zhao Liping was close with disgraced security czar Zhou Yongkang, who presided over a massive security apparatus until his purge in 2014.