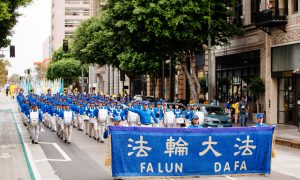 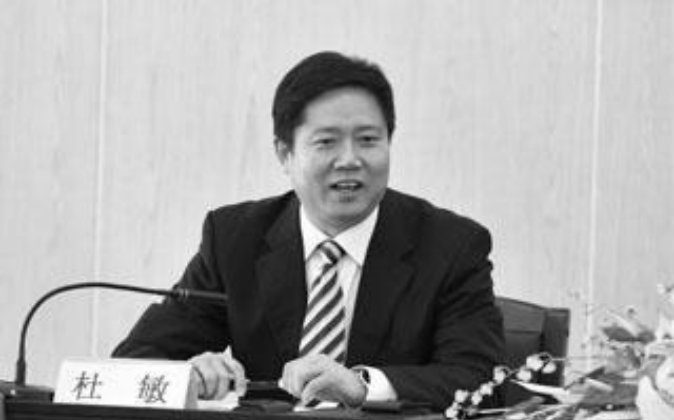 Du Min, the former head of the Police Officer Academy in Yunnan Province, has been placed under investigation, according to an announcement by the Central Commission for Discipline Inspection on March 22, 2016. (Netease)
China

China’s anti-corruption agency is investigating a Communist Party cadre who previously headed a police academy. Although the agency has not announced the reasons for its probe, the man had been identified to be a serial human rights violator by a U.S.-based non-profit organization.

The Central Commission for Discipline Inspection (CCDI) announced on March 22 that Du Min, the former Party chief of the Yunnan Police Officer Academy and former security chief in Kunming, a city in the southwest province of Yunnan, had been placed under investigation for “seriously violating Party discipline”—a byword for corruption—without further elaboration. Du’s last appointment in December 2015 was deputy director of Yunnan’s Chinese People’s Political Consultative Conference, an advisory body to China’s rubber stamp legislature.

In his role as head of the internal security apparatus in Yunnan—the same agency controlled at the central level by the purged official Zhou Yongkang—Du Min was well-known for his persecution of those deemed enemies of the Party. This category includes dissidents, house Christians, practitioners of Falun Gong, among others.

Most information is known about Du’s role in the persecution of the latter group, given that it has been a major political priority of the Communist Party for over a decade.

The World Organization to Investigate the Persecution of Falun Gong, a human rights research and advocacy group based in the United States, points to a number of cases of egregious abuses against practitioners of Falun Gong at the time that Du Min was in charge—making him ultimately responsible for the torture that was administered.

Falun Gong, a self-cultivation practice whose adherents perform five sets of meditative exercises and closely follow the principles of truthfulness, compassion and forbearance, has been persecuted in China since July 20, 1999, under order from then-Chinese leader Jiang Zemin. Jiang had declared Falun Gong an ideological challenge to his rule because of its popularity and independence from state control.

As a result of the campaign, the regime’s security apparatus has for the past 16 years imprisoned, tortured, and forced Falun Gong practitioners to sit through forced brainwashing sessions. Over 3,900 practitioners have been killed, and hundreds of thousands others languish in labor camps, according to Minghui.org, a website that serves as a clearinghouse for information about the persecution. Researchers have also marshaled evidence which point to the Chinese regime’s role in forced organ harvesting of live Falun Gong practitioners; an estimated 65,000 practitioners were killed between 2000 and 2008 for their organs, though the real total may be much higher.

Wu Yun, 43, a resident of Kunming City in Yunnan Province, was sentenced to three years in prison in 2010. She was sent to Yunnan’s Second Women’s Prison, where she was made to do 16 to 17 hours of forced labor per day. Prison guards would also force Wu to sit on a small stool from 6:00 a.m. to 11:00 p.m., and assigned two other prisoners to make sure she didn’t move or change position. It is unclear if Wu Yun has been released from prison.

Zhang Ruqiong, 51, another resident of Kunming, suffered gross abuse at the hands of local security officials. Her home was ransacked on Aug. 27, 2010, and she was held in Guandu District Detention Center without trial. After refusing to sign a statement renouncing her belief and for shouting “Falun Dafa is good, Truthfulness, Compassion, and Forbearance is good,” security officials tied her to an iron ring that was embedded in the floor and shackled her with 20-pound weights.

“Her feet became swollen and infected and oozed pus, attracting many bugs,” according to an account of Zhang Ruqiong’s persecution on Minghui. After 20 days of abuse and torture, police released Zhang to a local hospital rather than have her die in custody. Police harassed Zhang and her husband when she was recuperating at home; unable to bear the pressure, Zhang’s husband asked for a divorce.

On Aug. 26, 2011, Zhang Ruqiong was officially put on trial. It is unclear what the outcome of the trial was, or Zhang’s present condition and whereabouts.