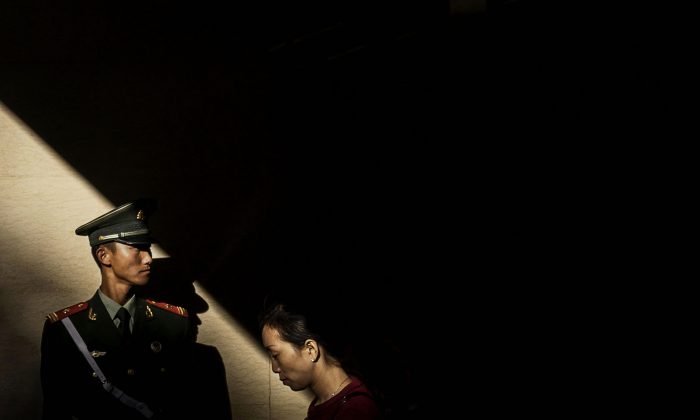 Cheng Ganyuan, a former operative for a Chinese undercover agency that specializes in infiltration and subterfuge, has seen plenty of ups and downs throughout his 80 years.

This August, he published a memoir describing his decade-long career at the United Front Work Department, which Mao Zedong once called a “holy grail” of the Chinese communist political program. It targets non-communists, including foreign people and institutions.

The United Front is an organization that has no equivalent in Western countries. But it has served its creators effectively by “utilizing weaknesses in human nature” for the nearly seven decades of its existence.

According to Cheng, missions undertaken by the United Front “target people, not information.”

Its operatives “collect intelligence about you and your circumstances, him and his circumstances, and devise ways to bring you over to their side,” Cheng said. His remarks were published by the Chinese Democratic Education Foundation, a San Francisco-based NGO that promotes democracy in China, and which held the event publicizing his book.

Cheng’s memoir, called “Unmasking the Communist Party’s United Front Work Department,” focuses on the United Front’s role as a communist weapon of “political subterfuge” furthering its “stratagems of deception.” He goes into depth to describe how the agency infiltrates foreign democratic parties and institutions, and how it co-opts religions as well as ethnic minorities to organize and direct them for the Party’s own ends.

The Communist Party uses what the Christians would consider to be Satanic measures.
— Cheng Ganyuan, former United Front agent

The United Front Work Department was officially established in 1942, when the Nationalist government of China was embroiled in a total war with Imperial Japan. By appealing to intellectuals and members of the opposing Nationalist Party, agents were able to undermine the rivals of communism from within their own ranks.

One of Cheng’s female coworkers, owing to her charming appearance, was a highly successful agent who infiltrated the Nationalist military administration in southwestern China, the base of organized resistance against Japan in World War II.

Following the Japanese surrender, three years of civil war between the opposing Chinese political factions ended in communist victory in 1949. The Nationalist government retreated to the island of Taiwan, which it still administers.

Infiltration at Home and Abroad

The latter half of the 20th century saw the expansion of United Front operations to Taiwan and the West. As mainland China becomes more connected with the United States and Taiwan, the scale of the Department’s work has only increased.

Cheng, who joined the United Front in 1961 and was posted to eastern China’s city of Nanjing, described how an older colleague was first an undercover contact prior to the communist takeover, and then was quickly relocated to Taiwan to continue his work.

“Right now the United Front is expanding from the mainland to conduct work in Taiwan to some extent, in accordance with the changing circumstances,” Cheng said.

The agency was also mobilized by the Communist Party to infiltrate and seize control of Chinese civil institutions and religious groups not already taken over by the regime.

“The Communist Party uses what the Christians would consider to be Satanic measures, that is, they make use of the weaknesses in human nature,” Cheng said. “In polite terms, it’s a kind of political strategizing. More frankly, it’s political fraud.”

Cheng said that Shi Yongxin, current abbot of Shaolin Temple, is an operative of the United Front. The monk with a penchant for commercialization has been at the center of scandals involving embezzlement and illicit sexual activity.

“Cadres of the United Front,” Cheng Ganyuan said, “must keep two principles in mind: One is to be up-to-date on the latest trends in class struggle; the other is to cooperate with, engage in the education of, and transform those who are the targets of united work.”

United Front tactics were pioneered by the head of the Soviet Communist Party, Vladimir Lenin.

At the age of 15, Cheng served in the Korean War, a conflict that killed hundreds of thousands of Chinese. Later, after graduating from Shanghai’s Fudan University, where he studied law, Cheng first worked for the Ministry of the Interior, then was reassigned to the Nanjing branch of the United Front Work Department in 1961.

United Front tactics were pioneered by the head of the Soviet Communist Party, Vladimir Lenin, but the Chinese communists took his lessons to a whole new level, Cheng says, having infiltrated Taiwanese and American government organizations, businesses, and civil society.

The United Front also plays a key role in internal Chinese regime politics. Its personnel draft reports on Chinese government work and oversee the speeches given by representatives of the so-called Two Assemblies that ostensibly lead China’s civil government: the National People’s Congress and the Political Consultative Conference (though true power lies with the Communist Party).

Many representatives to these largely powerless government bodies are chosen in the “black box” of the United Front.

“Xi Jinping is not at ease with the Department’s cadres, so he has created the United Front Leading Group with himself as head to personally direct it. His large united front and overt propaganda work in tandem and include operations directed at the United States.”