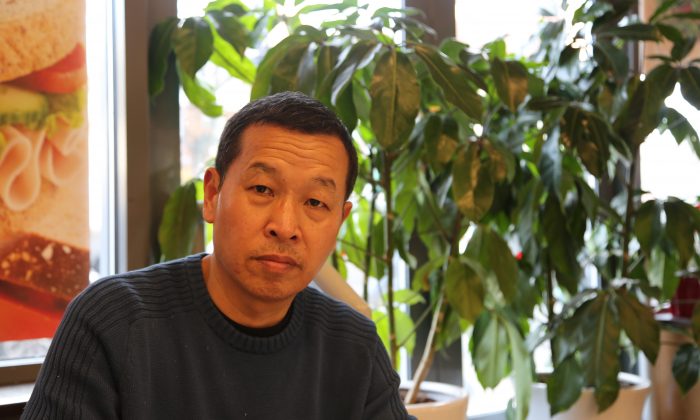 One evening in mid-May 1997, a Russian-made helicopter flew over the border of Laos and China. Yao Cheng, a 37-year-old lieutenant colonel of the Chinese naval command center, sat next to the pilot, quietly watching the scenery below.

Outside the window, the lush tropical jungle was surrounded by deep blue mountains. The setting sun illuminated the treetops. A grand palace, hidden in the woods, radiated an alluring light. Yao had never seen such beautiful scene before, nor would he ever again.

The Russian Kamov Ka-28 helicopter was the world’s most advanced anti-submarine helicopter at the time, and Yao had just procured one from Laos. The Chinese navy would reverse-engineer the chopper and copy the technology.

Yao was thrilled at the thought of the copied helicopter one day flying alongside a Chinese guided-missile destroyer. But what he never anticipated was that after he completed the top-secret mission to obtain the helicopter, he wouldn’t receive any form of an award from the Chinese regime. Instead, Jiang Zemin, then-general secretary and head of the Chinese Communist Party, personally ordered that Yao be arrested. In 1998, Yao was sentenced to seven years in prison.

Yao, whose former name was Tan Chunsheng, now lives in Los Angeles. In an extended interview with the Chinese-language Epoch Times, he told the story of how he came to procure high-tech military technology for the Chinese regime, only to be punished for it.

In 1993, the Chinese navy established the “933 office” to prepare funds to purchase two guided-missile destroyers and 24 Kamov Ka-28 helicopters from Russia. Yao worked in this office.

“This ‘Kamov-28‘ helicopter was unique in the world. The price quoted by Russia was $6.5 million,” Yao said.

The Russian helicopter was far more advanced than the one China was producing at the time.

The Kamov Ka-28 was smaller in size but more powerful. In those days, two helicopters were usually needed to attack a submarine, one equipped with sonar and magnetic exploration to search for the submarine, the other with a torpedo to attack, which was very inefficient. The Kamov Ka-28 was capable of both searching and attacking at the same time.

So the navy prepared to purchase the Kamov Ka-28 from Russia. However, two years of negotiations were unsuccessful. In 1996, Taiwan held its first democratic elections for president and Lee Teng-hui won. Russia knew the Chinese regime would be upset about the island—which it claims sovereignty over—electing its own leader, and would seek to bulk up its military for a potential invasion. Russia took the opportunity to raise the helicopter price to $13.5 million.

At this time, the navy and state-owned manufacturer Harbin Aircraft Manufacturing Corp. (HAMC, now known as Harbin Aircraft Industry Group, or Hafei) wanted to resort to stealing technology, a well-known tactic. Yao said that from his observations working in the military, all weapons technology for China’s national defense were obtained from foreign companies and then copied.

The task of stealing the plane fell to Yao. He had graduated from China’s Naval Aeronautical Engineering Institute in 1982 and quickly rose through the ranks to the Naval Air Force command center. He was highly valued by the naval commander, Shi Yunsheng.

“For this mission, they gave me another identity,” Yao said. He was sent to Harbin City, posing as a senior engineer in the helicopter division of HAMC. He was assigned to partner with a special agent in the Ministry of State Security, China’s chief intelligence agency, who had been a spy in Russia.

The Ministry of State Security provided information that the daughter of the Laos National Assembly president—who was the country’s third-most-powerful figure—was studying at the Shanghai International Studies University. In order to establish connections with her, Yao and his companion waited at the Kunming Airport during the university’s holiday week in January 1997.

When they saw that she didn’t have a pen to fill out a travel form, Yao walked up and handed one to her. After boarding the plane, Yao and his partner sat by the woman and started chatting with her.

They introduced themselves as “rich Chinese businessmen” visiting Laos to find business opportunities. When they asked her to help provide translation services, she didn’t agree right away. But after offering $100 as compensation—equivalent to about a month’s salary for a Lao official—she relented.

With the woman’s assistance, Yao visited key institutions such as the Lao Ministry of National Defense, Air Force, and the State Council. “We brought $300,000 with us, and every day, we would eat, drink, dance, and entertain [Lao officials],” he said.

Eventually, they negotiated the price with the Lao military to buy an almost-expended Kamov Ka-28 for $1.5 million. The Lao authorities were happy to get rid of an old model, while earning money from the sale.

Yao arranged for four pilots from HAMC to arrive in Laos and learn to fly the helicopter within a week. They took the plane to the China–Laos border and prepared to sneak it into China.

“This mission was top secret. There weren’t many people who knew. We had not gone through normal customs formalities, nor had we given flight forecasts to China airports,” Yao said.

After evading detection on radar by flying at low altitude, and arriving at the Jinghong Airport in Xishuangbanna prefecture in the southwestern Chinese province of Yunnan, local armed police surrounded them, thinking they were enemies. Since the border police officers hadn’t seen such an aircraft before, they immediately notified their superiors.

The person in charge of the local military region took a telephone number that Yao gave to assure them that he was authorized by the government. The phone line went directly to Liu Zhuoming, the second son of Liu Huaqing—the director of the Naval Equipment Certification Center and a vice chairman in the Central Military Commission, which is the highest agency in charge of military affairs. Liu Zhuoming confirmed that the operation was a naval project, and the police released Yao and his partner.

However, unfortunately for Yao, the one who was on duty at the Central Military Commission (CMC) that day was Liu Huaqing’s adversary, Zhang Wannian.

At the time, no one in the navy could admit to the theft. Liu Huaqing insisted that he didn’t know, nor did his son. They thus framed Yao as being the sole person responsible; he carried out the mission alone, they insisted.

During this period, Russian intelligence also learned from Laos that China had just purchased a Kamov Ka-28 at a low price. Russia was furious and threatened to interrupt the arms trade between China and Russia, which frightened the Party leadership. Because of the NATO arms embargo on China, the Chinese regime could only purchase weapons from Russia. If Russia didn’t sell to China, what would the regime do? Therefore, Liu Huaqing went to Russia and assured officials there that the Kamov Ka-28 incident was all the doing of a small-time naval officer.

Party leader Jiang personally instructed that “such a big case must be thoroughly clarified,” that is, he agreed to accept Liu’s story about Yao’s “crime.” Jiang’s instructions were sent down, and Yao was soon arrested. Yao had done all this work to steal the helicopter for the Party-state, but in the end, he became the victim of a political fight.

“Who gave the $1.5 million to Laos? Who gave me a series of fake documents?” Yao asked.

In August 1997, Yao was placed into the General Political Detention Center in Guangying District, near the Beijing airport. Nine months later, he was sent to the Hefei City Prison in Anhui Province. In 2003, after Jiang was forced to step down, Yao was released from prison before his term was up. By this time, the Kamov Ka-28 helicopter technology had already been copied and was in use by the Chinese military.

Five years after Yao’s mission, China began buying the helicopters from Russia. Yao said that he spent more than five years in prison. Though he was loyal to the Party, he was still punished and his future was destroyed.

“After decades of my military career, everything is lost—politically, economically, and—from this standpoint—my reputation. My former comrades-in-arms look down on me because I was in jail,” Yao said.

Correction: The author misstated the year of Lee Teng-hui’s election as president of Taiwan, which was 1996, not 1995; in 1995, however, there were tensions between the PRC and Taiwan over Lee’s appearance and speech at Cornell University.