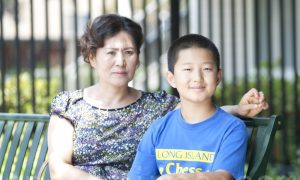 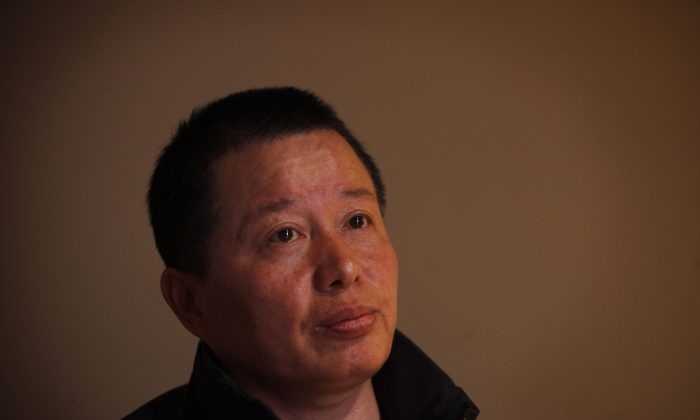 Gao Zhisheng, a human rights lawyer, meets the media after being detained by Chinese security agents for 13 months at a teahouse in Beijing, China, on April 7, 2010. (AP Photo/Gemunu Amarasinghe)
China

Former China Security Boss Should Have Been Charged With ‘Crimes Against Humanity’, Says Rights Lawyer

In his first public statement in years on the political developments in China, Gao Zhisheng, a human rights lawyer living under virtual house arrest and still recovering from torture in custody, has spoken about the trial against former Chinese communist security chief, Zhou Yongkang.

In the past Gao was one of China’s most outspoken and forthright human rights lawyers, and for that suffered intense persecution at the hands of security forces. He is believed to be living with relatives in China’s westmost Xinjiang Province, his movements monitored and restricted.

His remarks about Zhou Yongkang were relayed by his wife Geng He, in an interview with Epoch Times in California on June 16.

Upon learning that Zhou, who ran China’s police, armed security, and courts until 2012, had been given life imprisonment on three charges of corruption, Gao said, “Zhou Yongkang should be charged with ‘crimes against humanity,’ just like Saddam Hussein and others.” Saddam Hussein was Iraq’s president and dictator until he was disposed of by invading United States forces in 2003.

Zhou’s sentence was read out on May 22 in a secret, closed-door trial, which only aired on June 11. As a former Politburo Standing Committee member, Zhou, 72, who was once-feared and thought to be untouchable, is one of the highest ranking officials purged in the Party’s history.

But Zhou’s corruption charges—accepting bribes, abusing power, leaking state secrets—are “commonplace” among the top officials of the Chinese Communist Party, Gao said, according to Geng He. The dour-faced security czar was responsible for an institution that perpetuated much worse crimes: the 610 Office.

Gao requested, according to his wife, that those interested in his views direct their attention to several paragraphs from his third open letter from China, to the United States Congress, calling attention to the abuses of human rights in China that were perpetrated by the secret political police that Zhou Yongkang controlled.

“At this moment, with a trembling heart and a trembling pen, I am writing down the tragic experiences of those who have been persecuted in the last six years,” his letter said. “Among the true accounts of unbelievable brutality, among the records of the government’s inhuman torture of its own people, the immoral acts that shocked my soul the most were the lewd yet routine practice of attacking women’s genitals by 610 Office staff and the police.

At this moment, with a trembling heart and a trembling pen, I am writing down the tragic experiences of those who have been persecuted in the last six years.
— Gao Zhisheng

“Almost every woman’s genitals and breasts or every man’s genitals have been sexually assaulted during the persecution in a most vulgar fashion. Almost all who have been persecuted, male or female regardless, were first stripped naked before any torture. No language or words could describe or re-create our government’s vulgarity and immorality in this respect. What warm-blooded person could afford to stay silent when faced with such truths?”

Gao Zhisheng, 51, is no longer in prison, said Geng He, but he’s still recovering from the brutal torture he suffered in custody, which included some of the harrowing physical punishments described above. Gao’s teeth are loose and broken—many were smashed, or knocked out entirely, during the torture inflicted on him—and eating is painful. Chinese authorities have denied him access to a doctor or dentist.

From 2006 to August 2014, Gao spent most of the time either in prison or in the clutches of the Communist Party’s security forces. Part of that time was spent in an underground military bunker, where he was tortured for over a month. Later, he spent years in solitary confinement and was fed only a steamed bun and a morsel of boiled cabbage every day—this final experience is what is suspected of having resulted in his apparent mental breakdown, which he only now appears to be recovering from.

Geng He, known for her optimism in the face of the torments dealt her husband, said that Gao remains “in very good spirits” and is “nimble-minded.”