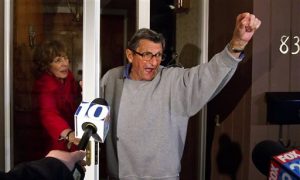 Joe Paterno's Widow: 'In many cases, we unknowingly helped' Sandusky
0 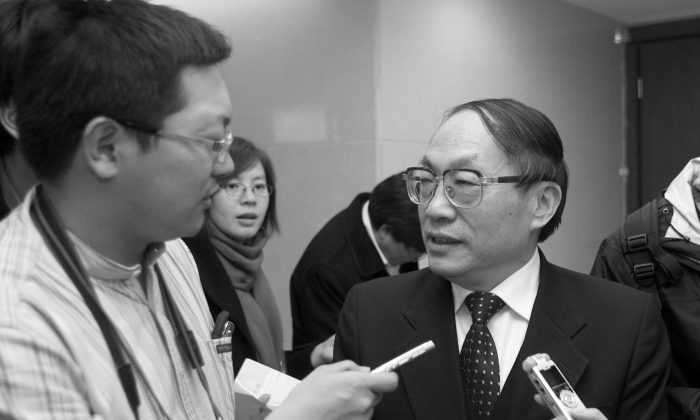 The former Minister of Railways, Liu Zhijun, who once oversaw a vast and unchecked empire and availed himself regularly of its perquisites, will see the inside of a courtroom soon, according to Chinese state propaganda channels.

And according to the Hong Kong press, he may just get a bullet to the head.

From 2003 to 2011 Liu ran the Ministry of Railways, an enormous institution with 4.3 trillion yuan ($685 billion) in assets at the end of 2012, that was recently broken up and parceled into multiple other agencies. He is thought to have embezzled perhaps billions of dollars, and took the coffers of the Ministry as his personal piggy bank. Liu also left the Ministry in a massive amount of debt, officially calculated at 2.66 trillion yuan ($429 billion).

According to Xinhua, the state mouthpiece, Liu is being formally charged for “bribery and abuse of power.” It continued: “The Second Branch of Beijing People’s Procuratorate filed the charges against Liu with the city’s No.2 Intermediate People’s Court. The court has accepted the case according to law, and will set a trial date.”

Liu had “sought benefits for others by taking advantage of his position, and accepted financial incentives from others, which were of huge amount.”

After he was put in custody in 2011 tales began bouncing around on Chinese Internet portals depicting Liu’s lavish spending and debauched episodes with multiple women.

While Xinhua gave a cautious account steeped in references to orderly legal proceedings, the rowdier Hong Kong newspapers were almost baying for blood.

Oriental Daily, published in Hong Kong, suggested that Liu Zhijun and his lieutenant, chief of logistics Gu Xishan, would be put to death, “becoming the first sacrificial objects for the fifth generation of leaders in the fight against corruption, and shocking officials around the country.”

The report continued, blithely: “If the fifth generation of leaders wants to stand firm and establish its position, it’s going to be hard without killing a few corrupt officials.”

The Sun, another paper in Hong Kong, said that given the emphasis Xi Jinping has made on anti-corruption efforts, he has to actually do something. “If Xi Jinping and Wang Qishan don’t do anything, then the push for clean politics will inevitably retreat,” the article said, referring to Xi’s anti-corruption czar. The population will be disappointed, and corrupt officials will flourish. “It will then be a matter of time before the Party and the country perish.”

Xi will need to get blood on his hands, the piece said.

“This columnist said long ago that Xi Jinping can only copy Chiang Ching-kuo [the son of the leader of the Republic of China, Chiang Kai-shek], and ‘take down the tigers to establish status.’ Taking down the tigers is not just about interrogation. It’s about killing people.”

Xinhua made no mention of the guillotine.

With additional reporting by Jane Lin