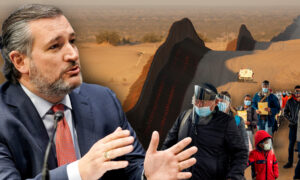 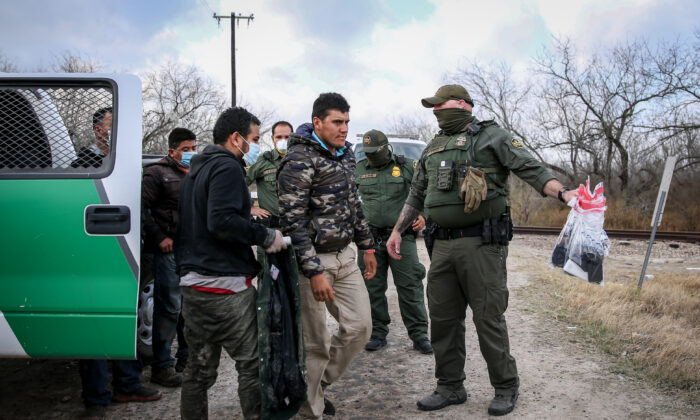 “On behalf of retired Chiefs of the United States Border Patrol, we write with grave concern regarding the current crisis on the southwest border. It is time to address our broken immigration system as well as the push and pull factors encouraging mass migration, and its impacts on border security,” reads the letter obtained by Breitbart.

Four of the letter’s co-authors previously acted as Chief of the Border Patrol, several others were agency heads in the Department of Homeland Security.

“Push factors such as poverty, violence, governance, and a lack of economic opportunity have been exacerbated by the COVID-19 pandemic. However, the change in administrations, strong signals in policy changes and security postures at the border has created a hyper acceleration in the number of undocumented migrants seeking to enter the United States.”

According to U.S. Customs and Border Protection (CBP), border patrol apprehended 100,441 illegal immigrants at the southern border in February, representing a 28 percent increase compared to January.

Earlier this week, former President Donald Trump harshly criticized the Biden administration over its policies at the border.

In respect of the growing number of illegal crossings, Trump told Fox News host Lisa Boothe in a podcast, “They’ll be coming up by the millions.”

He warned that the situation will likely deteriorate toward more severe levels.

“It’s nothing compared to what’s going to be in a couple of months,” Trump predicted. “As I said before, you have some very bad hombres coming up and we’re taking them into our country, and it’s insane.

“They go into our country, we never find them again; they never come back, a very tiny percentage comes back,” Trump said, referring to the Biden administration’s effective return to the Obama-era “catch and release” policy in which asylum seekers were released into the interior of the country to await a court hearing, often never to be seen again.

Upon taking office, Biden revoked a number of Trump’s executive orders regarding immigration policy, including the orders for “Resuming the United States Refugee Admissions Program With Enhanced Vetting Capabilities,” “Enhancing State and Local Involvement in Refugee Resettlement,” and “Implementing Immediate Heightened Screening and Vetting of Applications for Visas and Other Immigration Benefits, Ensuring Enforcement of All Laws for Entry Into the United States, and Increasing Transparency Among Departments and Agencies of the Federal Government and for the American People.”