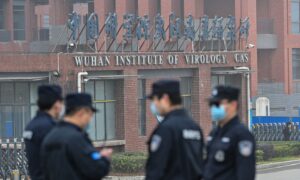 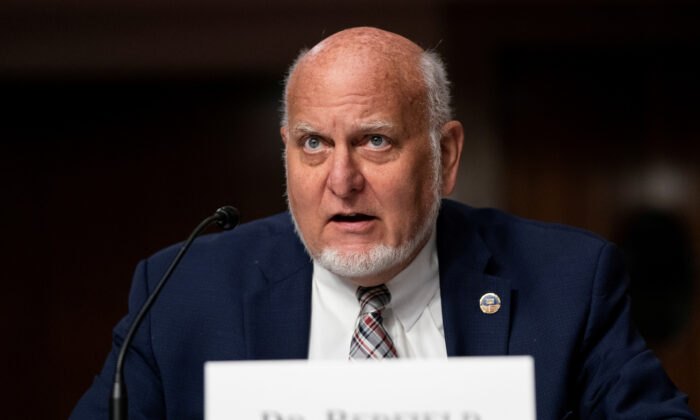 “It’s not unusual for respiratory pathogens that are being worked on in a laboratory to infect a laboratory worker,” Redfield said in an interview with CNN on Friday before adding that his comments are “my opinion.”

“Normally, when a pathogen goes from a zoonot to human,” he added, “it takes a while for it to figure out how to become more and more efficient in human to human transmission.”

As a result, Redfield said he believes the virus most likely “was from a laboratory” in Wuhan, China, that “escaped.” The former CDC director, who was appointed by former President Donald Trump to head the agency, said he believes the pandemic began as a localized outbreak in Wuhan in either September 2019 or October 2019, months earlier than the official timeline.

Chinese officials have claimed the virus was first discovered in December 2019 and emerged at a wet market in Wuhan, about 10 miles from the Wuhan Institute of Virology, a top-level lab where researchers studied how coronaviruses can transmit from animals to humans.

“I’m of the point of view that I still think the most likely etiology of this pathology in Wuhan was from a laboratory—you know, escaped,” Redfield further elaborated. “Other people don’t believe that. That’s fine. Science will eventually figure it out.”

He added, “I am a virologist. I have spent my life in virology,” while saying his claims are “not implying any intentionality.”

It comes after a World Health Organization (WHO) team in early February claimed that the CCP (Chinese Communist Party) virus likely did not originate in a laboratory.

“The findings suggest that the laboratory incidents hypothesis is extremely unlikely to explain the introduction of the virus to the human population,” Peter Ben Embarek, a WHO food safety and animal disease expert, said at the time, reported The Associated Press.  Embarek further stated that lab leaks are quite rare.

But the AP said that it conducted an investigation and found the Chinese regime “put limits on research into the outbreak and ordered scientists not to speak to reporters” during the WHO team’s probe. Meanwhile, the CCP only agreed to the investigation in Wuhan following international pressure from the United States and other countries. Beijing has also resisted calls for a totally independent investigation.

“These are not the first times that we’ve had a world exposed to viruses as a result of failures in a Chinese lab,” he told ABC News in early March. Pompeo, like Redfield, did not imply whether he believed the virus was intentionally released from the Wuhan Institute of Virology.