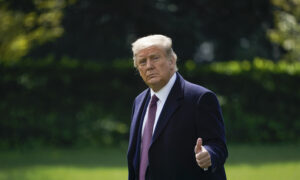 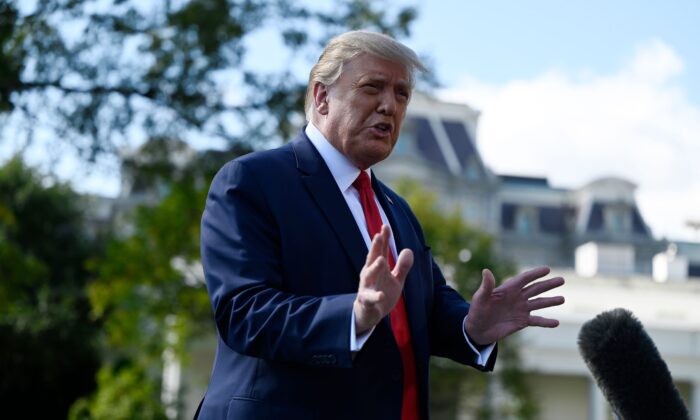 President Donald Trump speaks to the media as he walks to Marine One on the South Lawn of the White House in Washington, on Sept. 30, 2020. (Andrew Caballero-Reynolds/AFP via Getty Images)
Donald Trump

Wilson joined about 70 former GOP leaders who sent a letter to endorse Trump, who replied with: “Thank you!”

In a comment to Politico, Wilson, a former two-term Republican governor, said that Trump “has very good judgment, and very good people around him making honest calls—and alerting him and the rest of the country to the fact that we are facing greater dangers than at any time since Ronald Reagan dealt with the Cold War.”

“I like many of these people, and they are personal friends … and I’ve talked to enough of them to know that they don’t like his style,’’ Wilson said. But he advises them to “look at performance—look at what he’s actually achieved.’’

Wilson defended Trump’s response to the COVID-19 pandemic, foreign policy, and other measures.

If the president “had not as early as he did in late January’’ shut down flights from China, “it would have been a far worse situation … and I don’t see how anybody can deny that.”

Other Californians who joined Wilson include Ric Grenell, who is Trump’s former acting director of national security and the former U.S. ambassador to Germany.

“We also believe that a president’s duty and loyalty are owed, first and foremost, to the American people, and not the international community, which is consistent with strengthening our alliances and friendships,” their letter said, according to Fox News. “For all of these reasons, we have concluded, that Donald J. Trump should be reelected as President of the United States.”