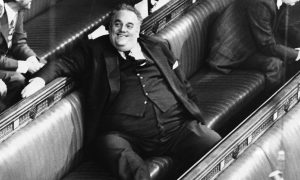 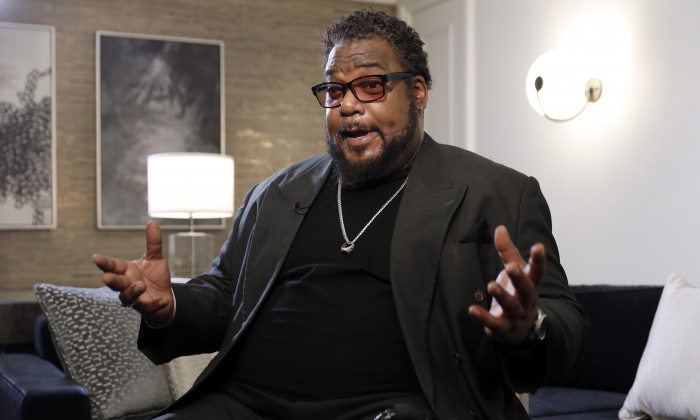 NEW YORK—Sharing their stories doesn’t come easily for these middle-aged men. At times, their eyes well up or their voices crack as they describe being sexually abused in the Boy Scouts and suffering from emotional damage long afterward.

Looking back, they all remember vividly how excited they were to become Scouts.

“I was real gung-ho about getting my badges—fishing and campfires and all of that,” said Darrell Jackson, now a 57-year-old New Yorker. “It was good at the beginning.”

Jackson, whose unit leader was convicted of sodomy and imprisoned for about 18 months, is among hundreds of men across the United States who have recently contacted lawyers for help suing the Boy Scouts of America (BSA) for sexual abuse they say they suffered at the hands of scout leaders.

Many of the men are from New York, which this year adjusted its restrictive statute-of-limitations law. The changes allow victims of long-ago abuse to sue for damages during a one-year window starting in August. New Jersey enacted a similar law in May. California is on track to follow suit.

Some of the lawyers told The Associated Press they have evidence that the BSA was inaccurate when the organization said in recent press statements that it had never “knowingly allowed a perpetrator to work with youth.”

The Boy Scouts acknowledge that sex-abuse litigation poses a financial threat and have not ruled out seeking bankruptcy protection.

Jackson joined a Cub Scout pack in Brooklyn in 1972 and the next year testified against his pack leader, Freddie Modica.

His initial fascination with the Boy Scouts was simple: He liked the uniforms. “It was like G.I. Joe dolls,” he recalled.

He soon learned that some boys in the unit were making visits to the pack leader’s home.

“They made it seem like it was a big thing—and I felt out of the loop,” Jackson said. “When I got a chance to go, I was like ‘OK.'”

The allure, Jackson recalled, was that the scoutmaster—while posing as a supportive father figure—let the boys engage in taboo pastimes such as smoking and drinking.

Jackson now refers to what ensued as “the ugliness”—repeated sexual molestation by the scoutmaster until Jackson summoned the nerve to tell his grandmother, who was raising him. Initially skeptical, she eventually went to the police.

In the years after the trial, Jackson said, he was often mocked with anti-gay slurs. He responded at times with belligerence and mistrust.

“It caused me to go into crime, drugs, everything, just to block stuff out,” he said. “It basically messed up my life.”

Despite receiving psychological counseling over the years, his marriage broke down. His childhood dreams of becoming an oceanographer faded. He cobbled together a career in home remodeling and maintenance.

Why sue the Boy Scouts? He says the organization should be held accountable, and he wants children to be safe.

“I don’t want nobody to go through what I went through,” he said.

An expert hired by the Boy Scouts testified earlier this year that the organization kept a list of 7,819 suspected abusers and 12,254 victims.