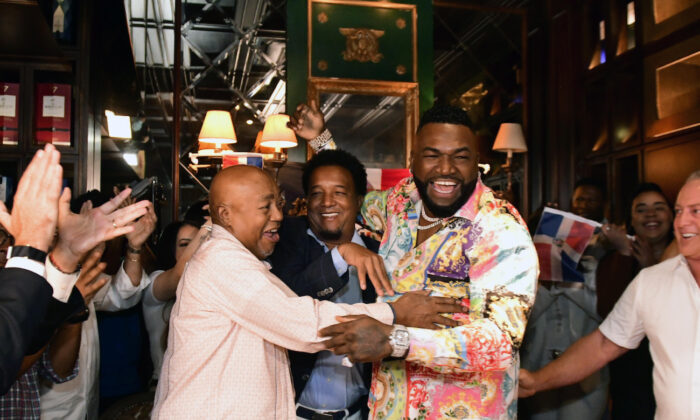 Retired Boston Red Sox baseball star David Ortiz has been elected to the Baseball Hall of Fame on his first try.

Ortiz, known to teammates as “Big Papi,” was the only player elected on Tuesday into the Hall of Fame on the Baseball Writers’ Association of America (BBWAA) in his first year of eligibility on the ballot.

Ortiz, a 10-time All-Star over 20 seasons mostly with the Boston Red Sox, was named on 77.9 percent of ballots, clearing the 75 percent threshold needed for enshrinement.

“I am truly honored and blessed by my selection to the Hall of Fame—the highest honor that any baseball player can reach in their lifetime,” Ortiz said in a statement released by the Red Sox.

“I am grateful to the baseball writers who considered my career in its totality, not just on the statistics, but also on my contributions to the Red Sox, the City of Boston, and all of Red Sox Nation. I am also grateful to my teammates, my managers and coaches and Red Sox ownership for their faith in me and allowing me to be part of three World Championships.”

He’s the 58th player inducted in his first time up for consideration, and the fourth designated hitter to be voted into the Hall of Fame.

“It’s a wonderful honor to be able to get in on my first rodeo,” Ortiz said.

The 42-year-old’s induction ceremony to the Hall of Fame will be on July 24 in Cooperstown, New York.

BBWAA members were instructed to elect Hall members “based upon the player’s record, playing ability, integrity, sportsmanship, character, and contributions to the team(s) on which the player played.”

Before joining the Red Sox in 2003, Ortiz played six seasons for the Minnesota Twins. He batted .286 with 541 home runs during his time with the two baseball teams—483 of them with the Red Sox, the second-most of any Boston player—while making 88 percent of his plate appearances as a designated hitter, the most by anyone in the Hall.

Throughout his career, he had 23 game-ending hits. Ortiz retired in 2016.

Barry Bonds, Roger Clemens, Curt Schilling, and Sammy Sosa, on their 10th and final year on the BBWAA ballot this year, were unable to reach the 75 percent threshold to make it to the Hall of Fame.