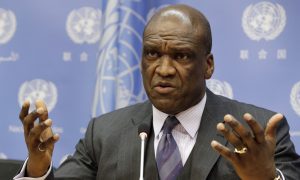 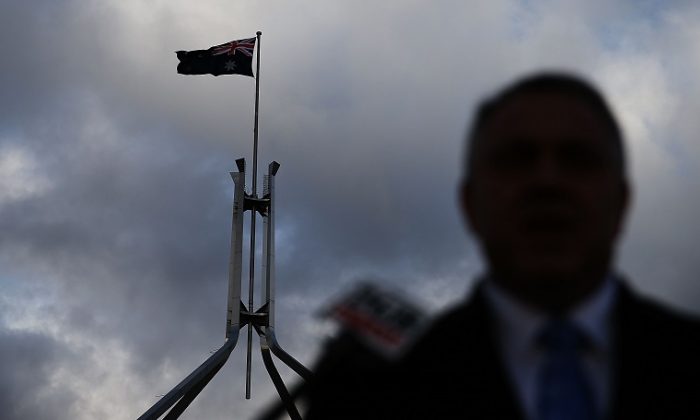 File photo of silhouette of an Australian politician in front of Australia’s Parliament House in Canberra. (Stefan Postles/Getty Images)
Australia

It is alleged Uren was involved in the unauthorised removal and retention of classified intelligence information from his place of employment.

Uren appeared in ACT Magistrates Court on Oct. 23 after being arrested at his Canberra home on Oct. 16.

Uren was granted police bail and is next due to appear in court on Feb. 5, 2020.

A cache of classified files were found during a raid on Uren’s home in late 2015. Despite four years passing, Uren’s prosecution was not approved by Attorney-General Christian Porter until mid-this year, Nine newspapers have reported.

“My consent was required as the charges relate to alleged offences under section 40J of the Intelligence Services Act 2001 and section 18A of the Australian Security Intelligence Organisation Act 1979,” Porter said in a statement. “Each of these offences have specifically required the Attorney’s consent for a prosecution to proceed since they were introduced in 2014.”

The raid was related to the 2015 arrest of his Chinese-American wife, Sheri Yan, in New York over a bribery scandal involving the former president of the United Nations General Assembly John Ashe.

Ashe died before he could be prosecuted in 2016, from “traumatic asphyxia” in an apparent weightlifting accident when the barbell he was lifting fell on his neck.

ONA, now known as the Office of National Intelligence, is the key agency which provides intelligence advice to the prime minister.

Uren resigned from the ONA in 2001. He was said at the time to be a potential Australian Ambassador to China.