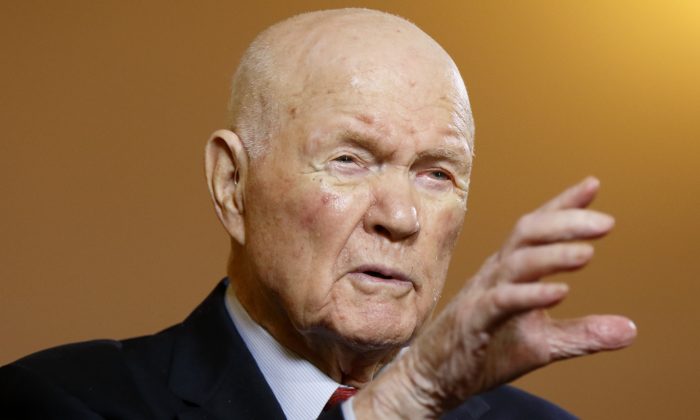 Former U.S. senator and astronaut John Glenn speaks during an exclusive interview with The Associated Press at the Ohio Statehouse, in Columbus, OH., in this file photo. (AP Photo/Paul Vernon)
US

Former astronaut, US Sen. John Glenn is hospitalized in Ohio

Hank Wilson with Ohio State University’s John Glenn College of Public Affairs said Wednesday that the 95-year-old Glenn is at the James Cancer Hospital, but that doesn’t necessarily mean he has cancer.

Wilson said he didn’t have other information about Glenn’s condition, illness or prognosis.

Glenn apologized for his poor eyesight this year at the renaming of Columbus’ airport after him. He said then he’d lost some of his eyesight because of macular degeneration and a small stroke. Glenn had a heart valve replacement in 2014.