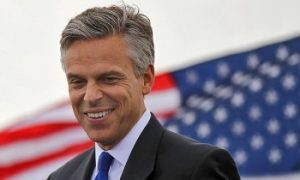 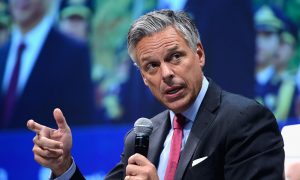 Trump to Nominate Jon Huntsman for Ambassador to Russia
0 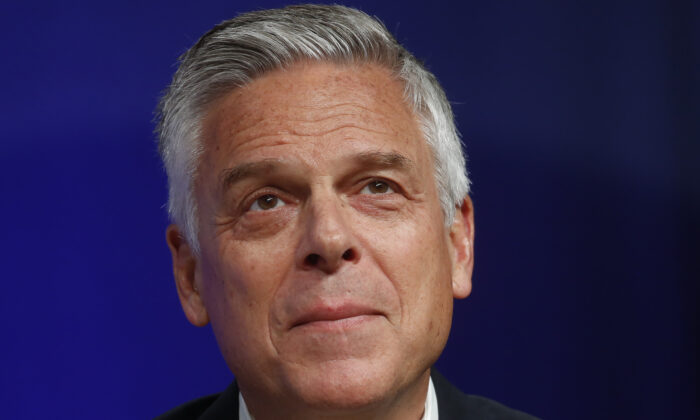 Huntsman said he has “classic symptoms” of the illness caused by the CCP (Chinese Communist Party) virus, and will isolate himself while his campaign pushes through with less than three weeks before Election Day. Five staffers also have been infected.

“Like so many others, my goal is to keep my family safe,” he said in a tweet. “Though isolated temporarily, we’ve never been more energized in this important race for governor. The work goes on!”

Huntsman previously served as Utah governor until 2009, when he left to be the U.S. ambassador to China under then-President Barack Obama. Following a brief presidential run during the 2012 cycle, he served as ambassador to Russia under President Donald Trump before resigning and mounting his campaign for governor.

Huntsman, 60, is one of four Republican candidates on the June 30 primary ballot. He is considered a front-runner, but facing a lieutenant governor with a higher profile during the pandemic response and a candidate gaining on the right with calls to reopen the economy more quickly.

Primary ballots began going out this week in the election being conducted entirely by mail. It’s the first wide-open governor’s race in Utah in more than a decade. Polls indicate many voters remain undecided and it’s hard to say how the virus news could affect the outcome, said Brigham Young University political-science professor Chris Karpowitz.

“It significantly complicates efforts by the campaign to make that last push toward Election Day,” he said. Still, many voters will be likely be emphatic as the pandemic continues, he said.

Huntsman’s running mate, Provo Mayor Michelle Kaufusi, could represent the campaign in person, since she has had less contact with the affected staffers.

His daughter, Abby Huntsman, left her role as a host on the TV show “The View” to join the campaign. It was not immediately clear if she had been affected by the virus. Members of the Huntsman family are still awaiting test results, including one who is at a higher risk, the candidate said in his video message.

The family is among the most well-known in Utah. Jon Huntsman Sr. was a billionaire businessman and philanthropist.

Huntsman went into quarantine last week, canceled all his public appearances and ordered his office cleaned after learning of the staff member’s positive test. The staffers and their positions have not been identified.

He attended a campaign event in the small northern Utah city of Logan shortly before getting the news. It was held outside to allow for social distancing, though a number of people did not wear masks, the Herald Journal newspaper reported. A photo shows Huntsman shaking hands with an attendee, neither wearing a mask.

The number of CCP virus cases has been trending upward in Utah as the state moves toward re-opening the economy under pressure from conservatives who cite the heavy economic toll of business shutdowns aimed at stopping the spread.

Cox, who has been criticized for the state’s pandemic-response, said on Twitter that he was devastated to hear about the diagnosis and praying for the Huntsman family.

Hughes, a conservative who has called for scaling back CCP virus rules and considers Huntsman a friend, expressed his hopes for a quick recovery on twitter.

Wright, a businessman and former GOP chair, expressed amazement at the latest challenge in an unusual campaign cycle as he wished him a speedy recovery.