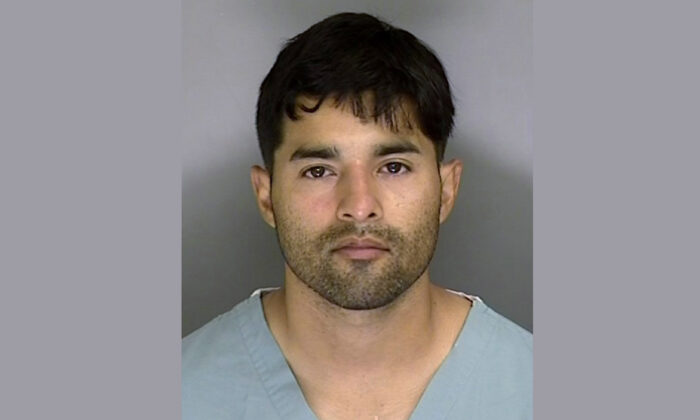 SANTA CRUZ, Calif.—A former Air Force sergeant has been sentenced to life in prison without parole in the killing of a Northern California sheriff’s sergeant.

Steven Carrillo, 33, pleaded guilty in June to all nine counts, including murder, for the killing of Santa Cruz County Sheriff Sgt. Damon Gutzwiller. Also in June, a federal judge sentenced Carrillo to 41 years in prison for killing David Patrick Underwood, a federal security agent who was attacked along with a colleague while guarding a federal building in Oakland.

Prosecutors said that on June 6, 2020, Carrillo ambushed sheriff’s deputies in Santa Cruz County who were responding to a report of a van containing firearms and bomb-making materials. Gutzwiller, 38, was killed and several other law enforcement officials were wounded.

Carrillo, of Santa Cruz, was arrested after he ambushed officials in the community of Ben Lomond.

In the California case, Robert Alvin Justus Jr., of Millbrae, drove the van, according to prosecutors. He faces federal charges of murder and attempted murder in the case.

A week after the shooting in Oakland, deputies arrested Carrillo shortly after he killed Gutzwiller.