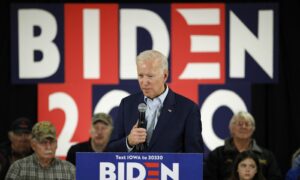 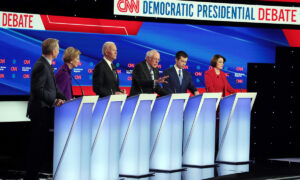 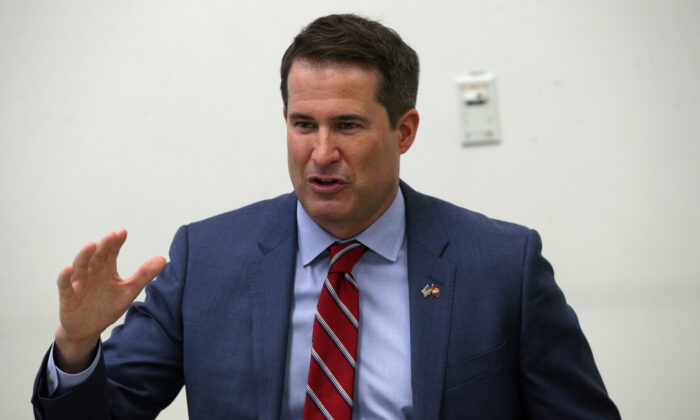 “There’s no better preparation for the White House than the decades Joe Biden has spent serving the country, especially his eight years as vice president,” Moulton said in a statement on Jan. 27.

“In this complicated time at home and around the world, Joe Biden has the experience and judgment not just to win in November, but to lead our nation after he does—by fighting for opportunity, equality, and security like he’s done his whole career.”

Moulton said he received support from Biden after launching a bid for Congress in 2015.

.@JoeBiden is a proven and effective leader who has what it takes to beat Donald Trump and unify our country. I’m proud to endorse him. pic.twitter.com/fqoLlueHYt

“Vice President Biden was the first person to hold a rally for me, and he’s been a friend and mentor ever since,” Moulton said.

“His record is one of turning progressive ideas into laws, like an assault rifle ban, the Violence Against Women Act, and health care reform that made the country safer and stronger.”

Considered one of the Democratic front runners in the primary race, Biden has garnered the most endorsements from members of Congress in the crowded primary field.

Biden has also garnered endorsements from five Senate Democrats, while Warren, Sanders, and Sen. Amy Klobuchar (D-Minn.) have one each. Biden has the endorsement of three governors, compared to one for Klobuchar and none for the other candidates.

The Moulton endorsement came after The New York Times editorial board endorsed both Warren and Klobuchar, and the Des Moines, Iowa, Register endorsed Warren.

“Elizabeth and I share a vision of America where everyone counts. An America where people⁠—not the wealthy or well-connected⁠—are put first. I’m proud to join her in the fight for big, structural change,” Castro said in a statement.