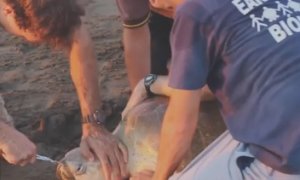 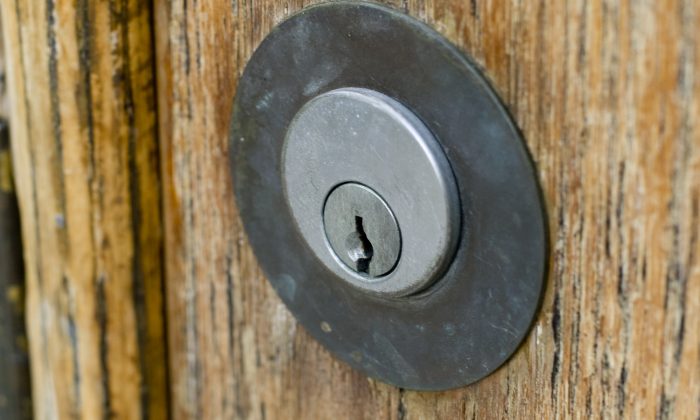 While it’s by no means a permanent solution, a man came up with an idea for a portable door lock in a pinch.

“I came up with a way to lock a door by modifying a dinner fork. Some folks may have seen my earlier video on my channel called ‘portable door lock,’ which I made from flat 1/8″ steel. The Fork Lock, however, is way easier to make. This lock is very useful when wanting to add a little extra security to a motel room, public restrooms (which often have broken locks), or on any interior, or exterior door,” uploader Phil Crockett says.

The uploader uses vice grip and a hammer to bend the prongs of a fork. Then, he saws off the “head,” or prongs, of the fork with a hacksaw.

After that, he places the fork prongs in the latch of the door before placing the handle between the fork slots.

One user noted: “Just an fyi, you don’t need a hammer, a vice clamp, and hacksaw to do this. All you need is one pair of pliers lol, but great altogether though.”

Added another: “I just realized there’s no way to pick this lock. The plastic card trick won’t work here.”

“This is good when you are staying in hotels in countries like Vietnam or Mexico where you never know who has a key to your hotel room,” added a third.

Another video shows the same method, but this time, the user uses a pair of pliers to bend and cut the fork.

Hack to Get Unstuck