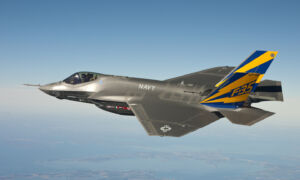 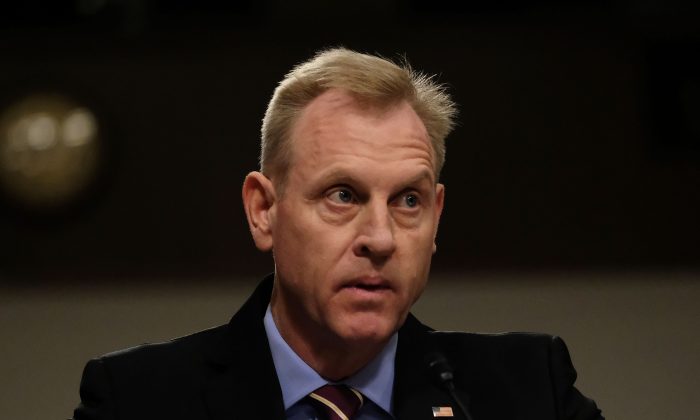 Forget the Secretary of Defense; Let’s Examine the F-35

Some Senate hearings become must-see events. That should be the case with the confirmation hearings for acting Defense Secretary Patrick M. Shanahan.

Except, in this case, it isn’t the nominee who deserves scrutiny. It’s one of the weapon systems he’ll be responsible for.

Shanahan is in an unusual position as a nominee. He’s served almost six months already. And during that time, he’s already been checked out and cleared by the military’s own inspector general (IG). The IG had received complaints that Shanahan was supposedly insulting one defense contractor (Lockheed Martin) and promoting another (Boeing, where he had been an executive before moving over to government service).

“We determined that Mr. Shanahan did not make the alleged comments and did not promote Boeing or disparage its competitors,” the IG report issued in April stated.

Problems From the Start

The problems with the F-35 started years, even decades, before the Trump administration. Shortly before he was sworn in, President Donald Trump wrote in a tweet: “The F-35 program and cost is out of control. Billions of dollars can and will be saved on military (and other) purchases.”

He was certainly correct about the “out of control” part.

The F-35 has spent its entire lifespan costing too much and delivering too little. By the time of Trump’s tweet, the jet was more than six years and $13 billion over budget. At that time, the Air Force admitted the F-35 was finding it “difficult to overcome a troubled past.” In fact, it’s finding it difficult to even stay in the air.

A 2018 Pentagon report provided an exhausting, but not exhaustive, list of failures:

The problem begins at the beginning. In 1996, the Pentagon began seeking plans for a “Joint Strike Fighter” to replace at least six different types of plane that were then in service. The same frame would be used by the Air Force, the Marine Corps, and the Navy. That’s a problem right there—each branch of the armed forces has a different mission and each mission requires vastly different specialized equipment.

Still, the plans moved ahead for an airplane that, in some deployments, could take off vertically, in others could land on a moving carrier, and in others could project power across long distances, while remaining invisible to radar.

No such plane had ever been built.

To look at the F-35’s service record, no such plane has yet been built. But not for lack of trying, or lack of investment. Over the years, the jet has gone over budget again and again. In 2013, for example, the Pentagon said it would need $1.7 billion to retrofit F-35 and make them available for service. Retrofit? The plane wasn’t even combat-capable at that point.

So by all means, let’s have hearings. Let’s hear why the F-35 has a supply chain that links 45 states and nine countries. Let’s understand why the jet was 70 percent more expensive than we were told it would be. Let’s hear why, at almost $400 billion, it’s the most expensive weapon system the United States has ever purchased.

Those are some great questions. Meanwhile, the Pentagon is ready to get back to basics. The Air Force is budgeting to purchase a fleet of updated F-15X aircraft—planes that are based on an existing system, that don’t require tons of training, and that will do exactly what the military needs them to do.

Yes, the F-15X is made by Boeing, the company that used to employ the acting Secretary of Defense. But he’s stayed quiet on this; it’s time for the rest of us to demand some answers and solve some problems.

Jon Justice is author of the military space novel “Embark.” He is a radio host in Minneapolis-Saint Paul, Minnesota, and host of the “My Nerd World: A Star Wars Podcast.”