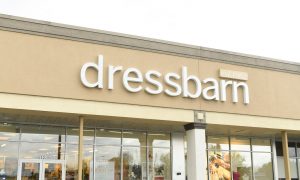 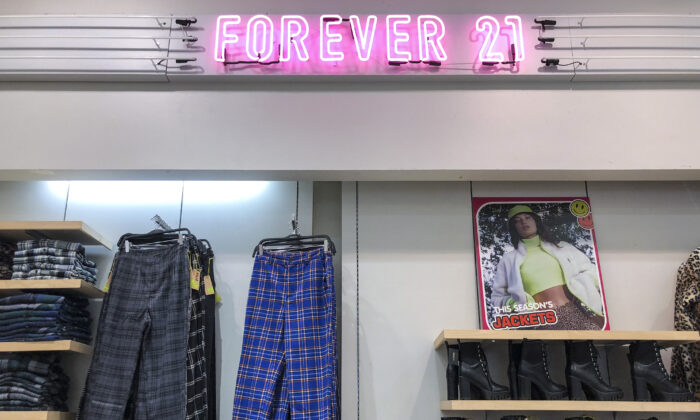 A view inside a Forever 21 store in Union Square in Manhattan, New York City, on Sept. 12, 2019. (Photo by Drew Angerer/Getty Images)
US News

Weeks after Forever 21 declared Chapter 11 bankruptcy, it is being reported that its beauty offshoot Riley Rose will also be shuttered.

Forever 21 said it would close down 178 of its some 500 stores across the United States.

But now, Women’s Wear Daily and Retail Dive reported that Riley Rose, a subsidiary of the chain, will shutter in its entirety.

In documents filed in late October, Riley Rose will close 132 stores across the country, according to the two reports.

“While Forever 21’s Riley Rose arguably has an edge by emphasizing popular ‘K-beauty’ items from South Korea, it is also up against the likes of Ulta, which has tied up with makeup influencers like Kim Kardashian West and Kylie Jenner, and Sephora. Both have many more locations, stronger digital operations and longer histories, and neither is in such dire financial straits,” Retail Dive noted. “Finally, mass merchants and drugstores like Target, and even the department stores that have been ceding share, have stepped up in the category, fueling competition.”

On its website, Riley Rose issued an alert to shoppers, saying that it is now a tab on Forever 21’s website.

It also announced on Instagram: “We have officially moved! Head to our NEW online home located on the BEAUTY BY RILEY ROSE tab @ forever21.com where you can continue to purchase your fave products!”

In an October statement to customers, Forever 21 said the move to close its stores was necessary to take “positive steps to reorganize the business so we can return to profitability.”

“This does NOT mean that we are going out of business—on the contrary, filing for bankruptcy protection is a deliberate and decisive step to put us on a successful track for the future,” said a statement from executive vice president Linday Change. “Most importantly, our stores are open and it will continue to feel like a normal day—you will not see any changes in our stores, gift cards will continue to be accepted, and our policies, including returns and exchanges, remain the same.”

“As part of our filing, we have requested approval to close a number of stores across the U.S. The decisions as to which domestic stores will be closing are ongoing, pending the outcome of continued conversations with landlords. We do however expect a significant number of these stores will remain open and operate as usual,” Chang added.

Forever 21 said that it received $275 million in financing from JPMorgan Chase along with $75 million in new capital from TPG Sixth Street Partners, CNN Money reported.