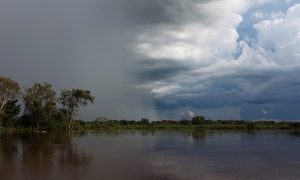 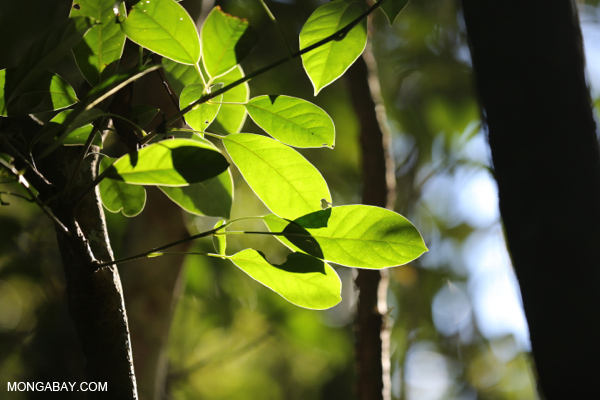 Leaves are vital trees organs that support many important functions. A recent study published in PNAS found that each tree species in tropical rainforests possesses distinctive bacterial communities – called microbiomes – on their leaves. Understanding how leaf microbiomes vary among species may in the future be applied for maintaining healthy forests and predicting how forests will react to climate change.

Leaves are a habitat for millions of bacteria. “These bacteria can have important effects — both positive and negative — on the health and functioning of their host plants,” said Dr. Steven Kembel, lead author of the study. “For example, while some bacteria on leaves cause disease, others may protect the plant against pathogens or produce hormones that increase plant growth rates.”

The research team collected bacterial samples from a lowland tropical forest on Barro Colorado Island, Panama, which is home to more than 450 tree species. They sequenced special genes to identify and measure the diversity of bacteria on the trees’ leaves. Scientists refer to the genes as “barcode genes” because they vary considerably and are used to differentiate between species.

According to the study, microbiomes differ both between trees from different families and between those that simply live in different environments.

“We found that the abundance of some bacterial taxa was correlated with the growth, mortality, and function of the host,” Kembel said. “Some bacteria were very abundant and present on every leaf in the forest, while others were rare and only found on the leaves of a single host species.” Many were nitrogen-fixing and methane-consuming bacteria that have known relationships with the plant, while many others were those that typically live in soil and water.

Key characteristics related to the variation of bacteria species, the researchers found, were nutrient concentration in the leaf, how long the leaves live, the tree’s speed of growth, and wood density. They also revealed an evolutionary association, meaning that the bacteria and trees have had an ancient relationship.

Understanding where the bacteria originally come from will help scientists understand the composition of the larger community, which would in turn lend insight into how species in a forest interact.

“Our ability to use molecular techniques like [barcode gene] gene sequencing to characterize nearly all of the bacteria on a leaf is going to make it possible to see how very different members of forest communities interact,” said co-author Dr. Joseph Wright.” Just as people are realizing that microbes carried by humans can have an influence on a person’s health—positive or negative—we hope to discover what bacteria on tree leaves can tell us about the health of a forest.”

The scientists are hopeful that further studies of plant-microbe interactions will illuminate how forests react to climate change, and will aid conservation efforts.

“Ultimately, we hope that understanding the factors that explain variation in bacterial abundances across host species will help us better manage biological diversity in forests and the health and function of forest ecosystems,” Kembel said.

This article was originally written and published by Anna Ikarashi, a contributing writer for news.mongabay.com. For the original article and more information, please click HERE.