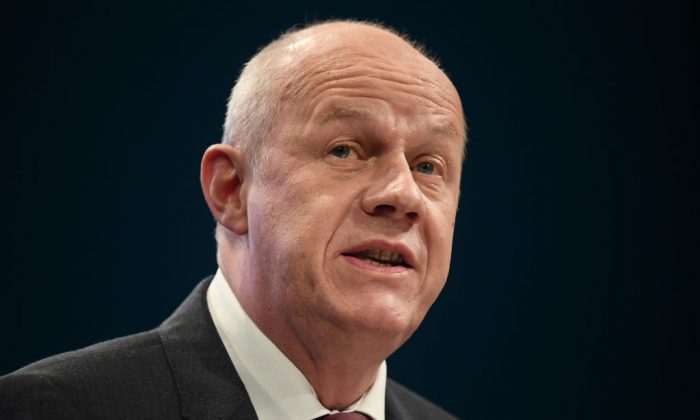 A former Scotland Yard forensic detective has said he is sure British politician Damian Green accessed pornography from his computer in the House of Commons.

The allegation contradicts previous flat-out denials from the First Secretary of State, who is currently under investigation by the Cabinet Office for alleged sexual misconduct.

A spokesperson for Green reiterated his statement that he had never watched or downloaded pornography on the computers seized by police.

Neil Lewis, a retired computer forensic examiner for the Metropolitan Police, told the BBC that he examined Green’s computer during a 2008 investigation into government leaks.

He said he was “in no doubt” that the pornographic material (which was legal) on the machine had been accessed by Green.

Lewis said he was “shocked” by the amount of pornography on the machine, although he said that the material was not of an “extreme” nature, as previous reports had claimed.

He said “thousands” of thumbnail images of legal pornography were on the computer and that the browsing history showed pornography had been viewed “extensively” on the machine over a three month period.

Metropolitan Police have said previously that they found pornography on Green’s computer during an investigation into a leak in 2008. The investigation was one of a number of complications arising from an incident outside 10 Downing Street between Green and policemen who had refused him entrance. Since the pornographic material was not against the law, police had taken no action.

Lewis, who previously served in the Met’s obscene publications unit and carried out investigations into paedophiles, said that it wasn’t possible to directly prove that Green had his “fingers on the keyboard” at the moment the pornography was viewed. However, he said that the timing and circumstances led him to be sure that it was Green.

“The computer was in Mr. Green’s office, on his desk, logged in, his account, his name,” said Mr. Lewis, who at the time was working as a computer forensics examiner for SO15, the counter-terrorism command.

“In between browsing pornography, he was sending emails from his account, his personal account, reading documents … it was ridiculous to suggest anybody else could have done it.”

Bob Quick, who headed the Met leak investigation in 2008, said that his officers had reported finding “extreme” pornographic material on a parliamentary computer from Green’s office, according to the Times on Nov 5.

The Times published parts of a draft statement Quick had drawn up for the Leveson Inquiry into press standards 2011-2012, but that were withdrawn on legal advice, as they weren’t relevant to the inquiry. In the statement, Quick claimed that material of “an extreme pornographic nature” was found on the parliamentary computer files seized from Green’s office.

“No criminal offences were involved, but it was recognised that if similar circumstances pertained to a public servant, such as a member of a police force, this could result in gross misconduct proceedings and dismissal.”

Green, the First Secretary of State, said his accusers had “ulterior motives”.

“I reiterate that no allegations about the presence of improper material on my parliamentary computers have ever been put to me or to the parliamentary authorities by the police,” he said, according to the Guardian.

“I can only assume that they are being made now, nine years later, for ulterior motives.”

Green is the subject of a current Cabinet Office investigation into sexual misconduct alleged by MP Kate Maltby, who told the Times he had “fleetingly” touched her knee during a meeting in a Waterloo pub in 2015 and sent her a “suggestive” text message after she was pictured wearing a corset in the newspaper.

Green said any allegation that he made sexual advances to Maltby was “untrue [and] deeply hurtful”.

The cabinet office investigation, which will examine whether there was a breach of an ethical code, was later opened to include the allegations of pornography.

According to the BBC, a spokesperson for Green said: “It would be inappropriate for Mr. Green to comment on these allegations while the Cabinet Office investigation is ongoing, however, from the outset he has been very clear that he never watched or downloaded pornography on the computers seized from his office.

“He maintains his innocence of these charges and awaits the outcome of the investigation.”