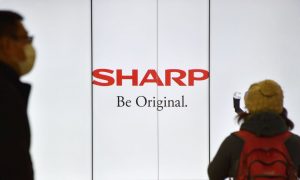 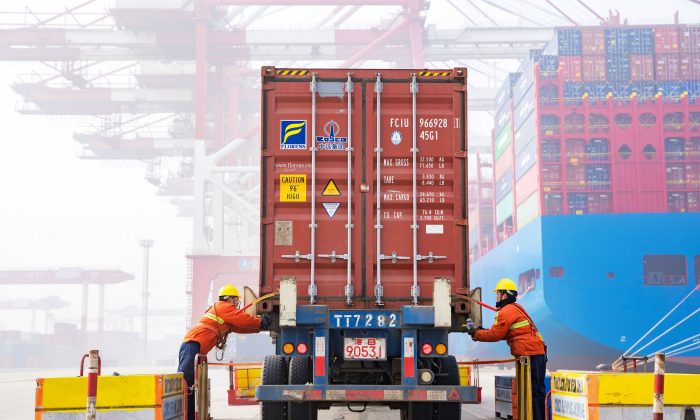 China is struggling to prevent a tide of foreign investment outflow amid a flagging economy and a continuing trade war.

More than 50 international companies, among them Apple, Nintendo, Microsoft, and Dell, are in the process of leaving their manufacturing bases in China, according to research by Japanese financial newspaper Nikkei Asian Review.

The world’s second-largest economic power has seen its slowest growth in nearly three decades, with GDP growth at around 6.2 percent, according to the latest data released on July 15.

U.S. President Donald Trump referenced the data in a July 15 tweet, saying that the U.S. tariffs were “having a major effect” on the Chinese economy, as companies continue to move out of China to avoid paying the U.S. duties.

“This is why China wants to make a deal with the U.S., and wishes it had not broken the original deal in the first place,” Trump wrote in the tweet. He said that the U.S. is receiving billions of dollars from China, and there are “possibly much more to come.”

The United States has imposed a 25 percent tariff on $250 billion worth of Chinese goods, including electronics and electronic parts.

In light of rising costs to manufacture in China, 80 percent of U.S. companies and 67 percent of European businesses were seeking to lessen their reliance on China, turning to cheaper alternatives in Vietnam, Romania, and Portugal, according to a recent survey (pdf) by the supplier audit firm QIMA. The survey was conducted with over 150 global consumer product manufacturers.

As a result of the U.S.-China trade war, in Turkey and Africa, inspection and audit demands grew by 40 percent as a result of a surge in manufacturing orders.

Xcel Brands, a New York-based clothing and consumer products company, moved from sourcing exclusively in China two years ago, to diversifying its production in Vietnam, Cambodia, Bangladesh, and Canada, according to the Associated Press. It plans to completely leave China by next year.

PC maker Dynabook, which manufactures nearly all of their notebook PCs in Hangzhou City in China’s Zhejiang Province, is also feeling the pressure.

“We need permanent measures to avoid the risk of tariffs and be eligible for U.S. government procurement,” Kiyofumi Kakudo, CEO of Dynabook, told Nikkei. “Although the fourth round of U.S. tariffs has been temporarily shelved, we cannot tell what will happen nor when.”

Trump had threatened to impose tariffs on another $300 billion of Chinese goods, but agreed not to do so after meeting with Chinese leader Xi Jinping at the G-2o summit.

Meanwhile, Apple is exploring to move 15 percent to 30 percent of its production line from China to Southeast Asia, while HP and Dell Technologies are looking to relocate as much as 30 percent of their production out of the country. Taiwan-based contract manufacturer Foxconn is also weighing options outside of China, saying in June that it has enough capacity to support Apple should the company request the move.

Southeast Asian countries such as Thailand, Cambodia, India, and Vietnam have already become alternative production sites for many tech manufacturers.

At a July 11 news conference, Gao Feng, the Ministry of Commerce spokesperson, tried to play down any impact that the trade war may have on foreign businesses in China.

“According to what we know at the moment, there has not been a situation where foreign investments are moving out of China on a large scale,” Gao said in response to a reporter’s question about the impact of the trade war, according to China’s state broadcaster CCTV.

Gao added that China won’t repress or discriminate against any foreign companies.