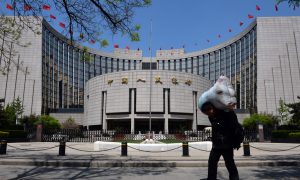 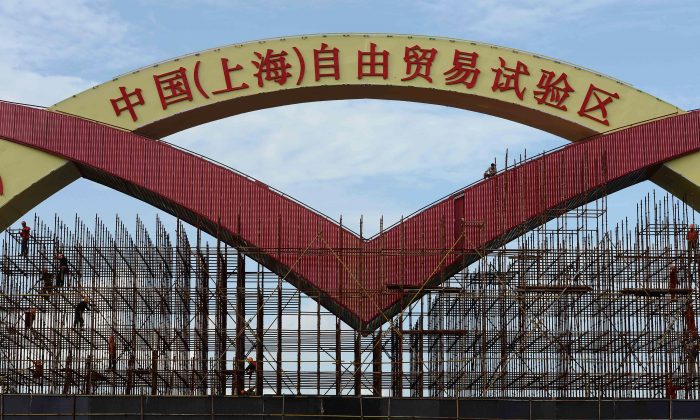 Foreign banks have been welcomed into Shanghai’s Free Trade Zone, but not given the means for doing business there.

Recently, 10 foreign banks have set up branches in Shanghai’s Free Trade Zone. According to a China Central Bank report, none of those banks were granted a license to operate a Free Trade Account (FTA).

The Shanghai Free Trade Zone came to life despite interference from relevant interest groups within the Chinese Communist Party. It was officially established on Sept. 29, 2013, with a strong push by Chinese Premier Li Keqiang. Its growth has been unusually slow, however, especially for the financial sector.

The FTA was specially set up within the Free Trade Zone and activated on May 22 by China’s Central Bank regional headquarters in Shanghai. Activation of the FTA was an important step toward capital market liberalization.

An FTA is needed by foreign banks to operate within the Free Trade Zone. Unlike in the rest of mainland China, where foreign exchange is tightly controlled, companies in the zone can freely exchange and transfer currency between banks outside of China and Free Trade Zone accounts.

Banks that want to operate within the Free Trade Zone must apply for an FTA license to provide capital exchange and transfer services to its customers. Otherwise, there is no difference in a bank’s business scope, whether it is within or outside the Free Trade Zone.

According to China’s Central Bank, five Chinese banks have received FTA business licenses, which has strategic significance. Included among these are three of the “big four”—Bank of China, Industrial and Commercial Bank of China, and China Construction Bank—as well as two local banks, Shanghai Pudong Development Bank and Shanghai Bank.

Director of a local Construction Bank branch told Epoch Times: “This is more like a show, needless to say, and the state-owned banks will definitely be given licenses, as well as two local banks as a courtesy. Allowing foreign banks to enter the Free Trade Zone is to show the world that our financial sector is opening up. As for the license, it’s hard to say.”

On July 8, South China Morning Post in Hong Kong quoted an executive at a foreign bank saying, “These banks have released press announcements about establishing branches in FTZ, but none of them can clearly state what kind of services they’re offering, which is rather laughable.”

A foreign banker who participated in the application process said that China’s Central Bank has deliberately delayed issuing FTA licenses to foreign banks.