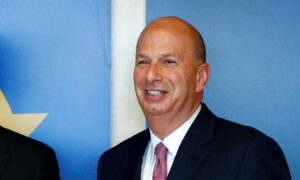 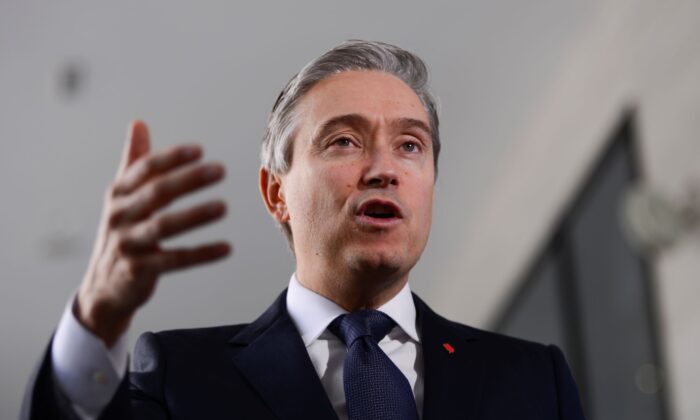 While the Liberal government faces criticism for failing to deliver on foreign aid pledges made nearly three years ago, one expert is questioning whether aid delivers reliable results in the first place. A recent World Bank report finds that aid to certain countries is often diverted to the pockets of ruling elites.

The controversy facing the Liberals arose after The Globe and Mail reported on Oct. 8 that Ottawa has so far only spent $120,000 of the $1.5 billion it promised for two aid initiatives in February 2018. This was blamed on “poor strategies, inadequate preparations, and a lack of bureaucratic appetite for risk,” according to analysts cited by the Globe.

But statistical patterns reveal a broader failing of foreign aid efforts, according to Fred McMahon, a senior fellow at the Fraser Institute who has studied the topic extensively.

He describes foreign aid as a simple “Band-Aid” that will do little beyond making Westerners feel good about themselves.

“There is little evidence that foreign aid has boosted development and some evidence that it works in the opposite direction, increasing corruption, and police and military spending,” he said in an interview with The Epoch Times.

Plaguing this preoccupation with foreign aid and development, McMahon said, is how continual corruption is often enabled by the direction of aid flow, which tends to benefit political elites and repressive leaders in some countries.

A February 2020 paper for the World Bank Group looked closely at 22 highly aid-dependent countries that account for around 10 percent of the aid disbursed by the World Bank. It found strong evidence that aid sent to these countries coincided with “significant increases in deposits held in offshore financial centres known for bank secrecy and private wealth management,” such as Zurich.

“Aid capture by ruling politicians, bureaucrats, and their cronies is consistent with the totality of observed patterns,” the paper found.

Those patterns included findings that these countries made deposits to off-shore financial centres known for secrecy but not centres with better transparency, and that these deposits happened in the same quarter in which the aid inflows occurred. Also, the estimated effects were larger in more corrupt countries.

An exception to this, McMahon notes, is humanitarian aid, such as targeted campaigns against diseases like malaria, that can have favourable results. Another exception is if the type of regime receiving foreign aid is conducive to the fair and effective distribution of funds.

“Foreign aid may help if the target is not corrupt and has strong economic policies, especially if the aid is directed toward infrastructure. However, these conditions are almost never met. Uncorrupt nations with good policy escaped the poverty trap decades ago,” he said.

“Nations are not dependent on the ‘kindness of strangers’ but on their own economic policies,” McMahon notes. “I know of no place that has defeated corruption, developed a fair rule of law, and established reasonable free-market policies that has not created prosperity, while I know of no place without that that has succeeded in building prosperity regardless of the amount of foreign aid.”

“It assuages our conscience,” he said.

A popular international target for foreign aid spending is 0.7 percent of the donor country’s GDP. However, this puts the focus on the dollars spent rather than the actual impact of those dollars, he said.

The latest report to Parliament on foreign aid indicated that Canada provided over $6.1 billion of aid in the fiscal year ending March 31, 2019.

During the campaign for a Security Council seat at the United Nations, the government made a series of promises to African nations, including $10 million to assist the African Union Commission with gender equality projects and $1.25 million to help the federal elections agency in Ethiopia improve its operations.

To respond to the global impact of the COVID-19 pandemic, the government has pledged $8.9 million in foreign aid for reproductive health services, with $2 million of it going to the United Nations trust fund on violence against women.

Suggesting cuts to foreign aid can be framed as an act of selfishness and raise concerns that this would diminish Canada’s engagement on the world stage. Conservative Leader Andrew Scheer faced criticism during the 2019 election campaign when he proposed cutting foreign aid spending by 25 percent and redirecting that money toward domestic programs and tax cuts as well as humanitarian or refugee relief in conflict zones.

In response, Scheer argued that Canada was being too generous with funding toward hostile and repressive regimes like North Korea and Iran and toward countries that simply don’t need the money.