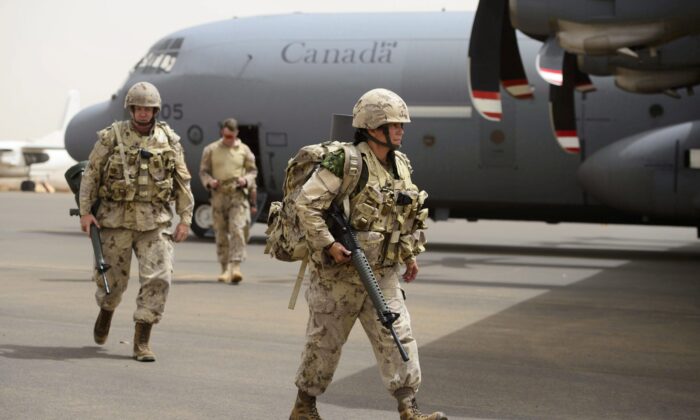 Foreign Aid and the Price of Canada’s Virtue Signalling

Over the last decade, Canada has given away $50.8 billion in foreign aid. What does it have to show for all this generosity? Little at best. As is the case for foreign aid from other nations, the majority of it has failed to reach target communities.

The same fate will befall the Trudeau government’s $850 million package to combat the COVID-19 pandemic abroad, announced May 4. The stated goal is improved medical care for refugees and the poorest in developing countries, but this is a fool’s errand.

Canadian officials’ spending of other people’s money rubs salt into the wound for 1 million Canadians who have lost their jobs and countless more struggling with debt. Not to mention that most past aid went to the pockets of officials, NGO staffers, charities, contractors, and mediocre local governments.

Of the aid package, $8 million will go to the World Health Organization, the International Committee of the Red Cross, and the U.N. High Commissioner for Refugees, the government said in March, when Canada had earmarked $50 million for the global fight against the pandemic. It does not end there. The Liberals are evaluating which other organizations and countries will receive funds.

The open secret about government aid programs is they are big on publicity and emotional appeal but lacking in outcomes and quantitative evaluations to weed out inefficiencies. It might sound cold-hearted to dissect numbers when there are pressing needs, but precious resources going to waste is pernicious to both givers and recipients. If we ignore reality, we are not really thinking about recipients; we are deluding ourselves.

Where the Rubber Meets the Road

Besides the traditional delivery of cash and goods, Canada conducts or sponsors research on sustainable development, pays for or provides training, and deploys troops to conflict areas, among other activities.

Salaries account for a significant portion of all aid. Besides those doing the actual work, payrolls include a domestic and foreign army of diplomats, managers, accountants, consultants, and other administrative staff.

Recent research conducted by the American Enterprise Institute (AEI) on the world’s leading donor—the United States—identified how bureaucrats as well as middle-class partners and local governments in target countries profit from it. Contrary to stated objectives, what trickles down to the target communities ends up fostering dependency and opening the door to corruption.

A case in point is Ivory Coast in West Africa. The country received aid earmarked for medical care in the 1990s, but the money didn’t benefit the vulnerable population. Only 11 percent of the budget went to rural areas, where half of the population lived without access to low-cost preventive care. The government spent most of the budget on sophisticated treatments in cities.

The U.N. Millennium Development Goals—a multilateral effort to which Canada contributes—has also fallen short of expectations. A January 2020 research paper published in the Atlantic Economic Journal revealed foreign aid improved few to no health outcomes in recipient countries from 2001 to 2015. Its effect on increasing life expectancy was negligible.

Behind the Feel-Good Curtain

Lofty goals aside, aid is a powerful tool for political centralization and influence. In his book “The Development Frontier,” British economist Peter Bauer explains how aid triggers corruption and deleterious economic policies, encourages protectionism, and even spurs vote-buying.

One might think political meddling with aid is an exclusive feature of developing countries with weak institutions. However, rich nations regardless of ruling ideology—including Canada—have historically leveraged aid to further foreign-policy goals. The government’s Canadian International Development Platform website openly states it uses taxpayers’ money to advance its feminist agenda, for instance.

Both International Development Minister Karina Gould and Foreign Affairs Minister Francois-Philippe Champagne have acknowledged meaningful Canadian aid in the COVID-19 response is key for expanded influence in global affairs, particularly through a seat on the U.N. Security Council, which Canada is currently vying for.

Those who profit from the continued flow of money could not agree more. Nicolas Moyer, CEO at the Canadian Council for International Co-operation, has argued for even more aid as an “investment” in political capital.

There’s another approach that doesn’t rely on middlemen’s goodwill and honesty. The evidence shows countries with economic freedom have better outcomes in medical care and education. That’s why experts from AEI recommend prioritizing programs that strengthen local institutions and remove barriers for individuals to help themselves and others around them.

Market-driven economies have more opportunities to obtain medical equipment, beds, and personnel. They also foster innovation tailored to local needs rather than wait for parachute charity.

Botswana, which has opened up its economy over the last two decades, has made big gains in fighting AIDS. Foreign aid remains present, but less poverty and more open market competition has paved the way for a constant downward trend in HIV infections.

Another example is Chile. Unlike its neighbours, Chile liberalized its economy decades ago and has reaped the benefits: the lowest poverty rates in the region, widened access to the world’s supplies, and robust competition in education and medical care. When the pandemic hit, Chile was prepared to roll out its own aid to citizens and control the spread.

It is time to admit that the billions doled out in foreign aid have failed to foster sustainable development.

Canada is too accustomed to throwing money at problems and expecting uncritical applause. We cannot expect government agencies, multilateral organizations, NGOs, contractors, and local officials to air the dirty laundry. Mandates that commit recipient nations to embrace economic freedom and strengthen institutions is the way to go to stop the wasteful cronyism and deliver help to those who really need it.