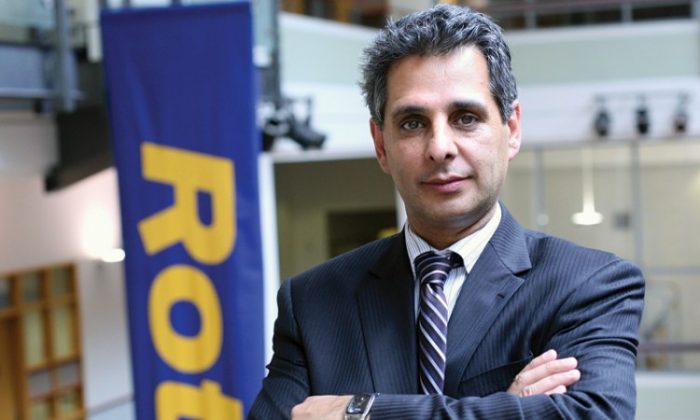 Barely a day seems to pass without a Canadian technology company being bought by a foreign giant. The latest in the string of acquisitions is Montreal’s 20-20 Technologies, a platform for the interior design and furniture industries, purchased by Vector Capital Corp.

With Research In Motion Ltd. (RIM) battered by sagging stock prices, mass layoffs, and product delays of its crucial BlackBerry 10 model, many are worried that RIM would fall—and that if it does, there would be no Canadian-owned company left to take its place.

According to a report from the Information Technology Association of Canada (ITAC) with research from Branham Group, 45 Canadian technology companies were acquired by foreign firms in 2011, up from 2010’s 32 and the under 20 of previous years.

While it’s clear foreign acquisition happens, its impact may not be negative.

Stuart MacDonald, chief marketing and revenue officer at FreshBooks and veteran entrepreneur from Expedia.ca, said that “It’s great Canadian businesses are getting acquired, if that’s what their owners want.”

FreshBooks is an online billing service and a burgeoning Canadian startup. It has 5 million users in over 130 different countries, and its customers mainly consist of small businesses.

MacDonald noted that selling is not the only method. “It is very possible to create a meaningful business … for the long term, and to do it in Canada.” FreshBooks falls into this category, MacDonald said.

Walid Hejazi, associate professor at the Joseph L. Rotman School of Business at the University of Toronto, found the issue to be “misplaced.”

Instead of bemoaning foreign acquisitions, Canada should figure out why these startups cannot get funding in Canada, he said.

While “it would be great if the Canadian companies can grow up to become like Apple,” that is not a realistic goal for all companies. Hejazi said that “Acquisition is a kind of triumph, because it proves the entrepreneurs have created something that is “attractive to these global players.”

Mike Dover, research director and senior consultant at J.C. Williams Group and author of “Wikibrands: Reinventing Your Business in a Customer-Driven Marketplace,” said foreign acquisition provides a “clear path to monetization” for the startups.

Dover cited Rypple, a performance management platform bought by Salesforce.com last year, as an example of a foreign takeover as a success.

From Apple and Samsung’s patent wars in the U.K., Australian, and U.S. courts, to the US$147.2 million fine RIM recently accrued when it was found guilty of patent infringement, building an enormous patent portfolio seems vital to today’s technology giants.

MacDonald said that, to an extent, the voracious purchase of startups by giants is more common in the tech sector.

The technology sector is also special in that large companies purchase intellectual property (IP) and talent, not physical assets. This makes startups in this sector more mobile than those in other sectors.

Dover said that portability makes technology startups “more attractive” to acquirers. He was not too worried about jobs lost, because many of these startups have few employees.

Hejazi worried more about foreign acquisitions taking patents and technology out of Canada. Mobility of IP and talent makes it even more important for Canada to create the right environment, he said.

Not only are big companies willing to buy, small companies are eager to sell, he added. For many of the startups, “their end-game is to … be bought out.”

MacDonald said the flip side of tech being portable is that the digital space allows a company to run their business from anywhere. “So why not have it in Canada?”

Hejazi, Dover, and MacDonald all agreed that Canada was not unique in terms of foreign acquisition.

MacDonald said that while Canada’s close proximity to the States makes its companies “more likely targets” in acquisition, the U.S. technology giants are global, reducing the significance of location.

However, Branham Group’s report is much more critical of Canada’s position. It said that compared to the U.S., Canada has insufficient defence mechanisms against hostile takeovers.

“We need to [restore] the decision-making power of Canadian companies facing takeover to the executives of the company and their boards, who need to weigh the benefit for all the stakeholders [and not just shareholders],” the report said.

For Hejazi and MacDonald, one huge challenge to startups is the lack of Canadian venture capital in the technology sector.

MacDonald agreed that foreign investment is vital in the sector. Most startups are bootstrapped, he said. Attempts to kick-start Canadian investment have been challenging.

This may be improving. A February report from Canada’s Venture Capital & Private Equity Association (CVCA) said that venture capital has grown in 2011, to the highest level in four years. The report said the growth was led by the information technology (IT) sector.

The Global Venture Capital and Private Equity Index released by the IESE business school in Spain concurred, ranking Canada at No. 2 for 2012, behind only the United States.

However, according to Standard & Poor’s website, as of July 31 IT made up a miniscule 1.08 percent of the TSX Composite. The Branham Group report said that the number was 8 percent in 2004.

Hejazi objected to government control, saying, “the worst policy is to block foreign investment.” If that happened, company managers would not be pushed to “perform to a global standard” because they think their company is takeover-proof.

A better strategy would be for Canada to find a way to fund these startups, Hejazi said.

He wanted governments to create an innovative environment, but not to pick specific sectors to foster. “They tend to get it wrong more often than they get it right,” he said.

For industries such as mining, there may be “macro, geo-political reasons [for the government] to care,” he said. But for technology startups, Dover preferred funding to come from private organizations.

He highlighted the Next 36 program, where he is an adviser. The program helps university students to create tech startups.

Dover said Canada already has “economic hubs where … things naturally develop,” because giant companies like RIM and Nortel have created “a lot of spinoffs” that populate the Waterloo and Ottawa areas.

MacDonald also believed that Canada has “come a long way to building that sort of ecosystem.”

He said there are “tons of advantages” to working in Canada, citing Canada’s great education system, health care, top talent, and multiculturalism.

In areas like San Francisco or Silicon Valley, it is hard to keep good staff, he added. Though the talent pool is smaller in Canada, people have a greater chance of staying.

However, though FreshBooks enjoys operating out of Canada, MacDonald did not condemn those who chose foreign acquisition. “Just because that’s how we see the world, that isn’t necessarily going to be the way everybody sees the world. And that’s okay.”

With files from Matthew Little