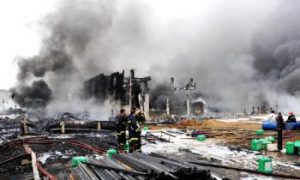 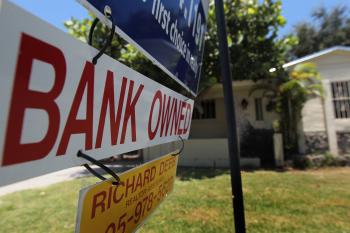 Alex Johnston
View profile
Follow
biggersmaller
Print
Foreclosures have increased in 75 percent of the nation's top metropolitan areas over the past six months, according to a report released by real estate trend analyst RealtyTrac on Thursday.

Metro areas in Florida, California, Nevada, and Arizona were the worst off, accounting for all of the top 20 foreclosure rates, RealtyTrac said.

The highest foreclosure rate was found in Las Vegas. One out of 15 homes, or 6.6 percent, had a foreclosure filing, which is five times the national average. Some 53,525 properties in the metropolitan area were affected.

"While we’re seeing early signs that foreclosure activity may have peaked in some of the hardest hit markets, foreclosures continued to rise in three-quarters of the nation’s metropolitan areas in the first half of the year," said RealtyTrac CEO James J. Saccacio in a statement.

The real estate analyst company that posts foreclosed homes for sale on its website, said that unemployment was the leading cause for the increase in foreclosures.

“If unemployment remains persistently high and foreclosure prevention efforts only delay the inevitable, then we could continue to see increased foreclosure activity and a corresponding weakness in home prices in many metro areas,” Saccacio said.

Cape Coral-Fort Myers, Floria, saw one in 20 homes, or 4.98 percent, receive foreclosure filings. The city was second place in the US.

Merced, located next to Modesto, was in fourth place, while the metropolitan areas of Stockton, Bakersfield, Sacramento, and Visalia reached the top 20 in foreclosure rates.

For many cities in the Central Valley, unemployment has reached record levels. Modesto, which has traditionally had a high unemployment rate, now has a rate of 17.3 percent, reported the Modesto Bee early this month.

Nevada and Las Vegas have unemployment rates of around 14 percent.