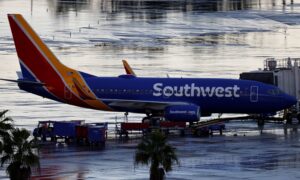 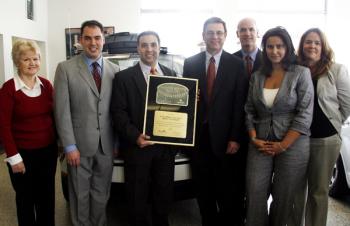 Honoring its Dealers, Ford Talks of Changes on the “Way Forward”

Peter Wei
View profile
Follow
biggersmaller
Print
NEW YORK—When representatives from Ford came to present awards to the Country Lincoln Mercury West dealership, they made sure to address the changes that Ford has made over the years, particularly recently, in quality, feel, fuel efficiency, and consumers' perceptions.

“We're here today to honor them on two aspects. One is the winner of 2008 President Award. This is the most prestigious award for motor company, based on the performance of their sales, penetration and, most importantly, their customer satisfaction”, said Jim Splendore, sales manager for Ford, Lincoln and Mercury in the New York region.

“They are a very elite group on the local bases and national bases”, Splendore continued. “We got roughly 224 Lincoln Mercury dealers throughout the state of New York, Jersey, Connecticut and a little bit of Pennsylvania. Only 20 of them got this award, less than 10 percent.”

The dealership was also recognized as the top Lincoln Mercury dealers in the county by volume. It was also ranked No. 22 in the country and No. 5 in the region.

Christina Alongi, the regional sales manager for New York, attributed this to the dealership's customer care: “They are very committed to their customer service. They really want to make sure that they have the correct vehicles for their customers”. Alongi mentioned that the Country Lincoln Mercury is one of the first dealers in the region to sell the Milan Hybrid.

Addressing the general perception that Ford cars may not be that reliable, Christina indicated that the perception is history: “Before we were perceived as not having good quality. Now we are in the same category with Toyota and Honda, exactly the same, or higher, in quality and reliability”.