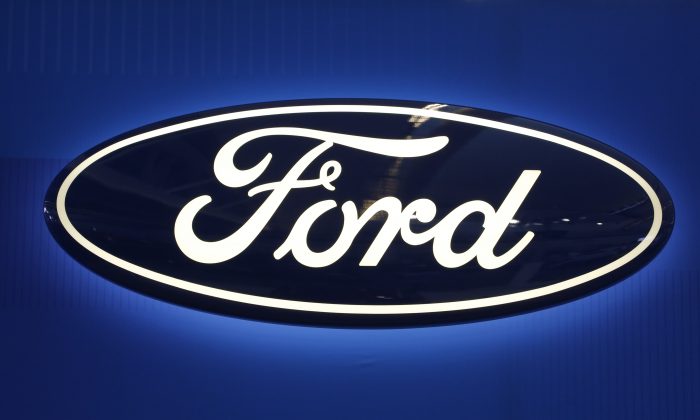 The Ford logo on display at the Pittsburgh International Auto Show in Pittsburgh. (Gene J. Puskar/AP Photo)
US

Ford Says Its Small Car Production Moving From US to Mexico

Ford currently makes its Fiesta subcompact in Mexico, but its Focus and C-Max small cars are made in suburban Detroit. Making them in Mexico would boost company profits because of low wages there.

The company is building a new $1.6 billion assembly plant in San Luis Potosi, Mexico. It will make small cars there starting in 2018.

Ford’s Michigan Assembly Plant, which currently makes the small cars, will be getting new products under a contract signed last year with the United Auto Workers union. They will likely be larger, more profitable vehicles like the Ford Ranger pickup.

Fields issued a comment to investors. “Over the next two to three years, we will have migrated all of our small-car production to Mexico and out of the United States,” Fields said, according to USA Today.

Republican presidential candidate Donald Trump criticized the move. “We shouldn’t allow it to happen. They’ll make their cars, they’ll employ thousands of people, not from this country and they’ll sell their car across the border,” Trump said. “When we send our jobs out of Michigan, we’re also sending our tax base.”