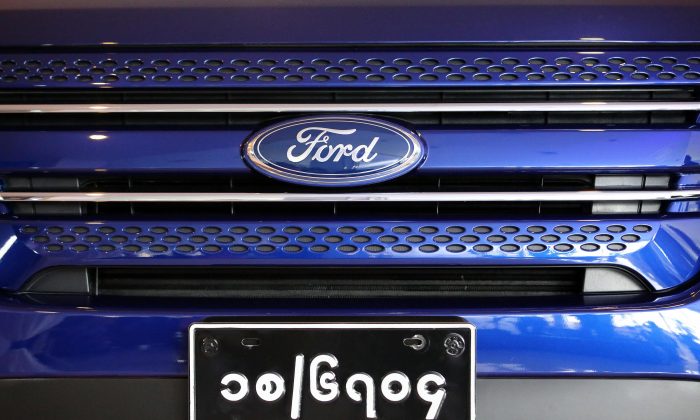 “It was a really, really great quarter,” Ford CFO Bob Shanks said at a conference Thursday. “The breadth, the depth and the quality of the growth is very encouraging.”

Global Outlook
The company reported net income of $1.3 billion, down $359 million from last year. Ford attributes this partially to one-time charges of $498 million, $250 million of which went to restructuring in Europe.

Ford surpassed analysts’ forecasts and narrowed third-quarter losses in Europe from last year’s $468 million to $228 million. The company lost $1 billion in the first nine months of the year in Europe and so far has spent $400 million on restructuring. Ford previously expected $1.8 billion in losses in Europe.

The company plans to double its market share from last year to 5 percent in China, where most of its Asia-Pacific growth came from. In the first nine months, Ford’s sales grew 31 percent in the region.

‘One Ford’ & Cost Saving
Ford president and CEO Alan Mulally attributed the results to implementing the unified manufacturing strategy “One Ford” worldwide to save costs. Under this plan Ford plans to build 8 million vehicles worldwide by the middle of the decade.

Ford has increased output in all regions. The company produced 1.5 million units, 187,000 more than during the third quarter of 2012, and is planning to produce 1.6 million units in the fourth quarter.

Hau Thai-Tang, Ford’s vice president of purchasing, oversees the $100 billion Ford spends globally on components and recently announced further plans to cut costs. These plans include reducing the numbers of its suppliers by 40 percent.

Despite its ambition, the strategy might have some limits. Standardized parts work well in high-production areas like North America but not in developing regions, Thai-Tang told Wards Auto.

“Not one size fits all,” he said. “Global design doesn’t always translate to efficiency.”