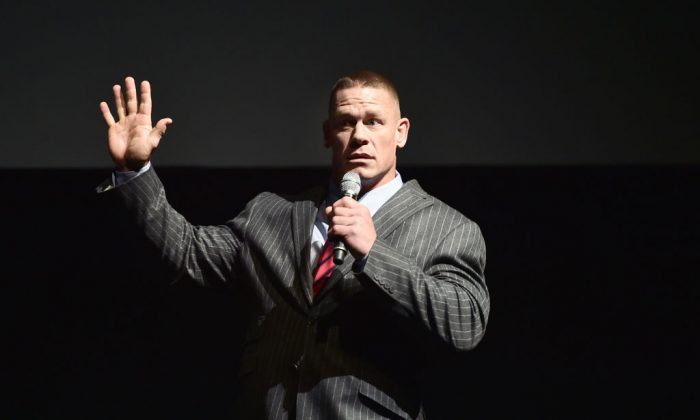 The company said he violated his contract by letting the supercar go too soon. After Ford let him have the car for almost $500,000 in September, he wasn’t supposed to sell it for at least two years.

According to court documents, Cena was “selected from thousands of applicants for the opportunity to purchase the Ford GT.”

Ford put Cena’s contract together with court documents to make the case against him. Ford said that he fooled them out of a sale with another person that would have actually honored the agreements associated with the opportunity. Ford thinks he lied so he could get the car and then sell it for a higher price, according to the court papers.

Ford said, among other things, Cena is liable for $75,000 in losses. Ford also wants the car back and any profit Cena may have made off of it. They are even willing to buy back the car. Ford is worried Cena sold the car to someone that didn’t go through their vetting process, and public trust in Ford’s limited car program has eroded.

The new Ford GTs are Ford’s attempt to emulate the success of the Ford GT40 car that dethroned Ferrari in the 24 Hours of Le Mans races back in the 1960s. The new car is built with carbon fiber and aluminum elements for lightness, and built in a teardrop shape for aerodynamic speed, according to Ford’s website.

Ford’s lawsuit said that Cena spoke with a representative, admitted he sold the car, and was willing to comply with demands to rectify the situation back in October. Ford lawyers claim he has yet to fix it.

Cena posted a video of himself driving the car and exploring its features, praising it endlessly while looking a little cooped up inside the car. The court documents do not say how Ford representatives first became aware that Cena sold the car.