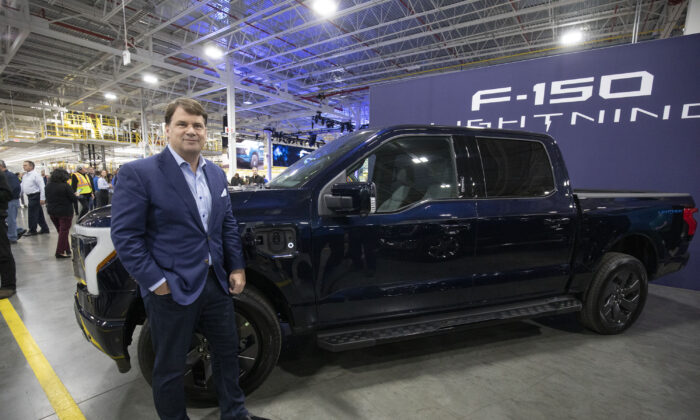 Ford Motor is hiking the price of its electric F-150 Lightning pickup over “significant material cost increases and other factors,” which are currently facing the auto industry amid soaring inflation, the vehicle maker announced on Aug. 8.

The company confirmed the price hike while announcing that it is reopening orders for the popular vehicle this Thursday.

The price adjustment for the vehicle marks the first for Ford since it was officially launched in April 2022. The company said the price hikes were because of “significant material cost increases and other factors.”

The first customer deliveries began in May with over 4,400 sold year-to-date. It is unclear how many reservation holders who have not yet ordered a truck will be impacted by the price hikes.

However, the Michigan-headquartered automaker said the price adjustments will not impact customers who have already ordered a vehicle and are awaiting delivery.

“Lightning reservation holders who previously received an invitation to order, but who elected to extend their reservation because their vehicle specification was unavailable, will receive a private offer for use in upcoming waves,” the company noted.

Ford is the latest automaker to boost the prices of electric vehicles amid rising inflation and increased costs. Tesla bumped up the price of its Model 3 and Model Y in the UK by an average of $2,800 in recent months, with the vehicles now starting around $46,000 and $66,000.

Elsewhere, General Motors raised the price of its Hummer EV pickup by $6,250, citing increased costs for parts and technology among others, while electric vehicle startups Rivian Automotive and Lucid also raised the cost of their vehicles.

Electric vehicle makers have been impacted by the rising costs of batteries needed to make the cars, which shot up because of increased demand and supply chain issues that have been further exacerbated by the COVID-19 pandemic and Russia’s war in Ukraine.

Ford executives said in July that the company expected material costs to rise about $4 billion this year and would offset this by raising prices for customers, according to Reuters.

The $433 billion Inflation Reduction Act of 2022, which is currently working its way through Congress, will provide tax cuts to buyers of electric vehicles, however the legislation requires the final assembly of the car to be in North America.