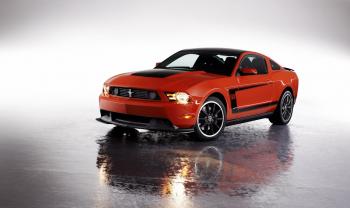 The Boss, which was unveiled at a press event in Monterey, Calif., last Friday, will be released as a 2012 model and be priced ahead of the current Mustang GT.

The Boss will come with a 5.0 liter V-8 engine producing a whopping 412 horsepower. The decision to build a modern Boss was not entered into lightly," said Derrick Kuzak, a Ford group vice president, in a statement. "The entire team at Ford felt the time was right and with the right ingredients, the world-class 2011 Mustang could support a successful, race-bred, worthy successor to the original Boss 302.”

The original Mustang Boss was developed to compete with rival Chevrolet’s Camaro Z28. No specific pricing details have been announced.