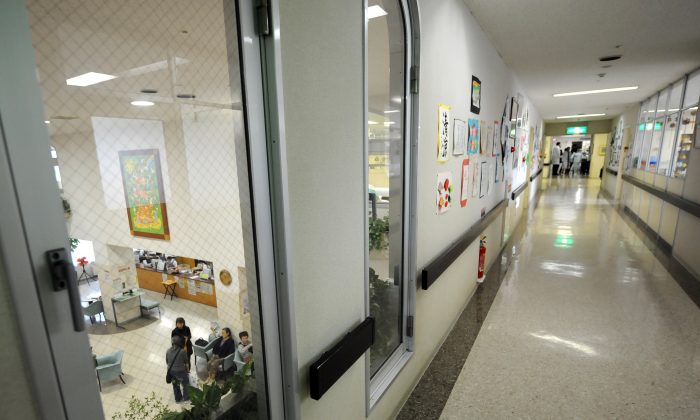 Arbitrary fees and viral testing before receiving emergency medical services are suspected of causing numerous deaths in China. Patients’ families are forced to begin legal proceedings despite heavy censorship of their cases.

Since the pandemic surged across China, many hospitals started requiring a “four-test package” that included nucleic acid testing for the CCP virus (also called the novel coronavirus), CT scanning, antibody testing, and routine blood testing, which then became a requirement for many ER services.

However, The Epoch Times learned that implementation of the policy has had questionable results. Some family members of patients have lodged complaints about medical incidents in which delayed treatment resulted in patient deaths. When complaints are filed, the authorities censor information and suppress relevant online posts.

Mu Chenglin (pseudonym) and Liu Yuan (pseudonym) are from northeastern China. According to their experiences, each believes their father died due to delaying of treatment because of the tests.

Mu’s father needed urgent heart surgery. Mu accompanied his father when he was transferred to a major hospital in Harbin City at 9:50 p.m. on July 22, 2020.

The 2nd Affiliated Hospital of Harbin Medical University (SAH) allowed one carer to accompany each patient, so only Mu entered the hospital with his father.

The ER doctor at SAH wouldn’t accept the previous viral test results and insisted that the tests be done before any medical services would be provided.

After the fees and tests, the doctor insisted that the father needed a second CT scan to check if there was something in his throat. The father’s heart rate dropped to 20 beats per minute at 10:38 p.m., but the doctor refused to renew the epinephrine drip administered by the previous hospital.

Mu was told he must pay the ward fee even though no one tended to his father.

The epinephrine drip had run out and his father’s eyes were only half-open.

At 11:18 p.m., the doctor finally started resuscitation and replaced the epinephrine infusion bag—but it was too late.

After various efforts to resuscitate, including injecting cardiotonic drugs and repeated electric shocks, Mu’s father passed away at 1:08 a.m. on July 23, 2020.

Liu Yuan experienced similar forced payment of fees, tests on her father, and long hours of waiting in the SAH.

Her father suffered a cerebral hemorrhage (bleeding into the brain) and needed urgent treatment.

They arrived at the SAH before 5 p.m. on Jan. 22, 2021. The hospital did not accept the father’s previous test results and asked them to have the tests done again.

It was 8:20 p.m. and the security guards did not allow them to enter.

“You don’t accept test results from other hospitals, that’s okay, we have taken your tests, but you don’t even accept your own test results. Then what do you accept? Don’t you want to save patients?” Liu questioned them.

Liu waited until past 9 p.m. and then decided to transfer her father again, as treatment could not be delayed any longer.

It was past 10 p.m. when Liu’s father was attended to at another hospital. He died on Jan. 24 after efforts were made to save him.

Huge Profits Behind the Tests

According to Mu, the cost of the tests was $81. “The hospital makes more than $2.4 million every month from these tests alone,” Mu said, after calculating the number of patients multiplied by the test fees.

According to the SAH official website, the hospital has one out-patient department, eleven in-patient departments, and four specialized branch hospitals. It has 6,012 beds available for the general public and an annual outpatient volume of 2 million [with no designated time].

Mu lodged a complaint with the SAH in Feb. 2021, to which the hospital’s administration replied: “You can go to the court and take legal action [against the hospital].” He went to the district health commission to file a complaint, but months have passed, and nothing has happened.

“It’s hopeless; I started to complain and report the incident online,” Mu told The Epoch Times.

The Epoch Times was not able to reach Mu for a follow-up interview on the progress of his complaints before publication of his experiences in the Chinese language edition of The Epoch Times.

Liu also exposed her father’s delayed treatment online. Doctors of the SAH ER and inpatient departments asked her to delete her posts and videos, though they admitted they were wrong.

She said that she has made up her mind to appeal until justice is served. She said she has resigned for the sake of justice. She has sent her complaints and appeal materials to the district health commission and the SAH.

“Has anyone stood out to handle [cases like this]?” Liu told the Chinese language edition of The Epoch Times. “My next step is [to appeal to] the provincial health commission, and after that, Beijing.”

The Epoch Times reached out to the head of the SAH emergency department, administration office, and its operator multiple times, and has not received an answer from any of them before publication.