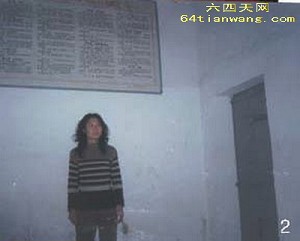 Forced Into Mental Hospital for Filing a Complaint

On the afternoon of May 4, 2007, Yin Dengzhen of Shiyan City in Hubei Province contacted China Tianwang Center for Human Right Affairs and described how she was taken to a mental hospital for petitioning the authorities for the redress of grievances. She managed to escape incarceration with the help of local citizens.

Arrested for Filing a Complaint

Yin Dengzhen is a vegetable vendor in her local wholesale market. Displeased with the arbitrary collection of charges by general marketing manager Li Rongke, on August 30, 2004, Yin lodged a letter of complaint with the municipal authorities, the municipal industrial and commercial bureau, and the municipal price bureau.

When officials from these bureaus came to supposedly investigate her claim, Yin offered the materials she had prepared. But the officials seemed more interested in going out to lunch with the manager.

On August 29, 2004, Li brought nearly 30 market security personnel to the Yin's rented market stall. They promptly confiscated Yin's belongings and pocketed her revenue, which included 19,500 yuan (US$2,534) in cash and 14,700 yuan ($1,910) in IOUs, while they videotaped the entire process. Yin's husband, Xia Jiazhi, got a newspaper reporter to come to the market, as police cars arrived at the scene as well. However, the police officers handcuffed Xia and threw both Xia and his wife into a police car. The police said the couple were arrested for seeking help.

The incident went to court, and Li was ordered to compensate Yin for all of her losses, but as of December 3, Li had only returned her money and has refused to comply with the rest of the ruling. He even declared that Yin simply lost the money, claiming that he had not taken it at all.

On September 11, 2006, Yin began making visits to both the provincial office and the Beijing office to complain about the unfair treatment she had endured. Each time she made a visit, however, local policemen gave her a brutal beating when she returned home. On October 6, 2006, Yin traveled to Beijing, only to be retrieved by local police a week later, and illegally detained for 35 days.

On January 8, 2007, Yin made another trip to Beijing to appeal to higher authorities, only to be retrieved once again by local police on January 30. The next day, she was admitted to Maojian District Mental Hospital in Shiyan.

When the police car entered the hospital's courtyard, Yin told her abductors that she needed to use the washroom. To avoid arousing suspicion of an escape attempt, Yin handed her bag, which contained her complaint evidence, to Zheng Daoying—a fellow appellant who was also being taken to the mental ward for her behavior. Once out of the car, Yin ran towards the main gate in her bare feet as police chased after her. At a corner store, Yin spotted a public phone and called her husband to inform him that she had been abducted.

Police and the director of Office of Complaints found Yin and tried to drag her away. She sat on the ground and asked a child in the store to call her husband for her. The child hesitated for a moment, but made the phone call. Her abductors realized that they were losing control of the situation and told her she wouldn't have to go to the mental hospital. They offered to give back her bag and ride back home. “You drive your car out here and throw my bag out of the car,” Yin demanded. “If you're planning to do anything funny, you might as well run me over. I am no longer getting into your car!”

Her abductors saw that there was nothing more they could have done, so they let her go home.

On February 27 of the same year, local officials and Yang Ping, the deputy head of the security team, framed Yin's husband. He was handcuffed and illegally taken to a washroom, where there was no surveillance camera, and brutally beaten. They repeatedly kicked him, inflicting head wounds over an inch long, as well as many cuts and bruises throughout his body. He lied in a pool of blood on the floor of the washroom for more than six hours.

On April 20 of this year, Yin made yet another complaint attempt in Beijing, only to be taken back home again.