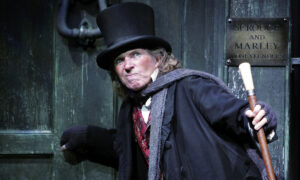 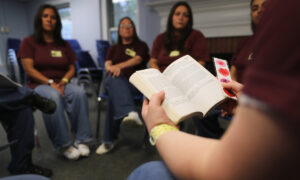 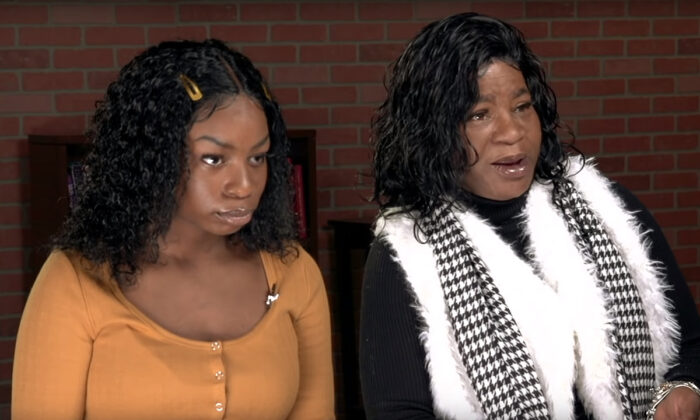 South Carolina mom Debra Harrell worked at McDonald’s. She couldn’t afford day care for Regina, her 9-year-old daughter, so she took her to work.

But Regina was bored at McDonald’s.

One day, she asked if she could just play in the neighborhood park instead. “I felt safe there,” tells me in my new video, “because I was with my friends and their parents.”

“She had her cellphone, a pocketbook with money in it,” says Debra. “She had everything she needed.”

But one parent asked Regina where her mom was, and then called the police. Officers went to McDonald’s and arrested Debra.

In jail, they berated her.

“You can’t leave a child who is 9 years old in the park by herself!” said one officer. “What if some sex offender came by?”

People interviewed by the media were also outraged.

“What if a man came and just snatched her?” asked one.

“This day and time, you never know who’s around!” said another.

But what are they talking about? Crime in America is way down, half what it was in the ‘90s. Reports of missing children are also down.

If kids are kidnapped or molested, it’s almost always by a relative or an acquaintance, not by a stranger in a park.

Nevertheless, prosecutors charged Debra Harrell with “willful abandonment of a child,” a crime that carries up to a 10-year sentence.

They also took Regina away from her mom—for two weeks. “I would cry as night because I was really scared,” Regina told me. “I didn’t know where I was, or what was going on.”

Fortunately, attorney Robert Phillips took Debra’s case for free. He didn’t like the way police and media portrayed her.

“Here was this black female that society gives a hard time. ‘Welfare queens, living at home, not getting a job!’ Well, that’s what she was doing,” he said. “She was out working, trying the best she could to take care of her child. And now we’re beating her up because we didn’t like the way she took care of her child.”

The cops said that Harrell should have sent her daughter to day care. But even if she could have afforded it, it’s not clear that day care is safer. “We found 42 incidents of sexual molestations, rapes in day cares,” said Phillips. “We couldn’t find (in South Carolina in the last 20 years) a single abduction in a park.”

Philips blames people in my business for scaring people about the wrong things. “The media has brought up this ‘stranger danger’ to where, if you’re not under the protective wings of mom and dad 24/7, then you’re exposing your child to some unknown danger.”

In Maryland, police accused parents of child neglect for letting their kids roam around their neighborhood.

In Kentucky, after police reported a mom who left her kids in the car while she dashed into a store, child welfare workers strip-searched the kids to make sure they weren’t being abused.

This doesn’t protect kids. It mostly scares parents into depriving their kids of chances to learn. “When you don’t let them spread their wings, that’s when they get in trouble!” says Debra.

She was fortunate that her case got enough attention that even Nikki Haley, then South Carolina’s governor, asked that Regina be given back to her mom.

It’s just not right that when stranger kidnappings are increasingly rare, police and child welfare workers are more eager to punish parents who let kids play on their own.

Of course, some parents are so neglectful that government should intervene.

But as lawyer Phillips put it, they should intervene “only if you are subjecting your child to a real harm. We should not have unreasonable intrusions by the government telling us every little detail how to raise our children.”