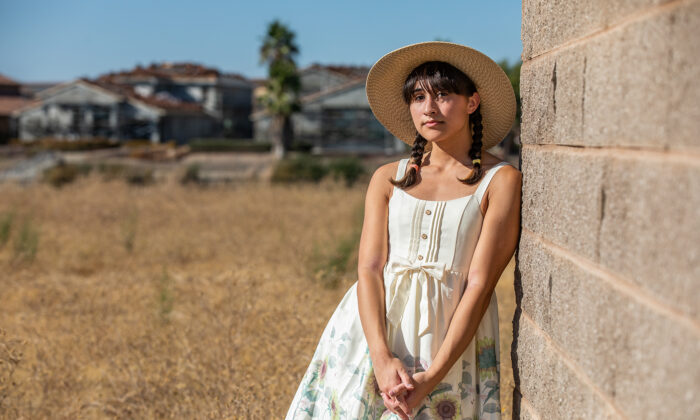 Forbes has removed an article that was critical of a teenage girl who is speaking out about the dangers of child sex change surgeries and other procedures.

“The story you reference was removed yesterday morning because it did not adhere to Forbes’ editorial guidelines,” Bill Hankes, a spokesman for Forbes, told The Epoch Times via email.

The article was about Chloe Cole, who underwent breast removal surgery at age 15 but now regrets her choice and urges others to learn from her mistakes.

The bill in question, which barred people from using bathrooms that didn’t correspond to their biological sex, was approved in 2016.

Authors and writers were using the terms for years before then.

The article also claimed that LibsofTikTok creator Chaya Raichik’s campaign against minor sex change procedures is “based on lies.” Raichik has highlighted how some institutions promote performing the procedures on minors, as has Cole. The story acknowledges that some procedures have been performed on minors.

The story was initially published by the Los Angeles Blade, which describes itself as a newspaper “covering the latest gay, lesbian, bisexual and transgender news in Southern California and around the world.”

Dawn Ennis, the reporter, said that fact led to Forbes taking the article down.

“I was informed Monday morning that the article was temporarily withdrawn from public view because my contract with Forbes clearly states I cannot repost original work published elsewhere, I am working with my editor on a new and expanded report with fresh content that my story in the Blade has inspired,” Ennis told The Epoch Times via email. “That article will include a note referencing this decision, which is again Forbes policy. That work is ongoing and I look forward to sharing it with my readers ASAP.”

The Forbes spokesman later replied: “As to the question at hand, we don’t comment on the specific guideline or guidelines violated that caused the removal of a contributor’s work, however in this case, Dawn told you so I can confirm that we removed it because of our policy on not republishing work. We only accept original content.”

Ennis is a biological male who identifies as female.

“I will also say I stand by my reporting, and my support for detransitioners. As you no doubt already know, I once detransitioned, briefly, nine years ago, and despite our disagreements, I am very invested in the cause of supporting LGBTQ+ youth, including those who detransition,” Ennis said.

The link to the article on the Forbes website now states, “We can’t find the page you’re looking for.”

The story still remains on the Blade website. The factual errors have not been corrected. The Blade did not respond to a request for comment.

“Good on Forbes for eventually doing the right thing. The weak attempt at discrediting me, a person who suffered extreme harm from the medical practice that this piece defended, is unsurprising but it’s still disappointing,” Cole told The Epoch Times.

“These same activists constantly ask me, ‘If there are so many detransitioners out there, why don’t more detransitioners speak out?’ This is why,” she added. “Detransitioners need help, they have tons of comorbid mental health conditions that make it hard/impossible to speak out. Hit pieces like this are never going to silence me but they will keep others silenced forever.”

Update: This article has been updated with a statement from Forbes confirming the reason for the article’s removal.