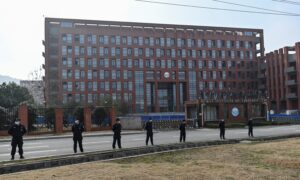 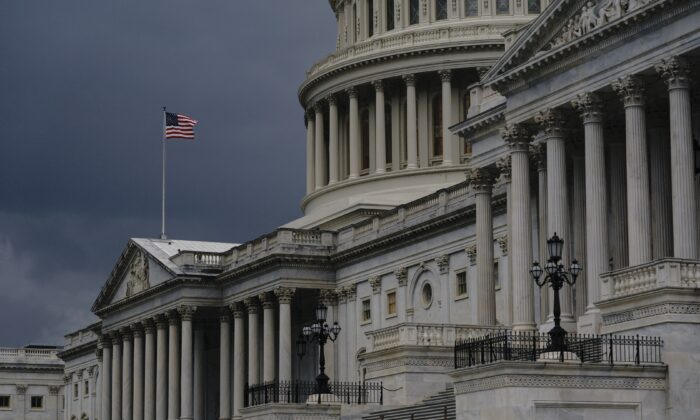 Jubilant Republicans hailed the June 22 defeat of S. 1, although that isn’t likely to be the last battle in the campaign by Democrats to federalize presidential and congressional elections.

“This bill wouldn’t make it easier to vote,” Sen. Mike Lee (R-Utah) declared on Fox News after the Democrats failed to gain the 60 votes required to break a Republican filibuster against the legislation known officially as the “For the People Act.” The House passed its version of the measure, H.R. 1, in March.

“This bill would make it easier to vote illegally. This is the ‘Corrupt Politicians Act’ and I’m glad we defeated it,” Lee told Fox host Sean Hannity.

On June 23, conservative and Republican strategists warned that Democrats on Capitol Hill will lick their wounds, regroup, and come back later this year with another proposal that will likely be even worse.

The next Democratic effort will use a measure passed by the House in 2019, known as “The John Lewis Voting Rights Advancement Act,” or H.R. 4.

“H.R. 4 is an unconstitutional piece of legislation that would give the federal government veto power over state election integrity laws,” Heritage Action for America Vice President Garrett Bess told The Epoch Times on June 23.

“This Pelosi power grab would alter and weaponize the Voting Rights Act of 1965 to give massive amounts of power to unelected bureaucrats in Washington to take away voter ID and legalize ballot trafficking across the country. No member of Congress should support it,” Bess declared.

Speaker of the House Nancy Pelosi (D-Calif.) laid the groundwork for H.R. 4 in a June 8 letter to House Democrats.

“In addition, it is essential that H.R. 4, the ‘John Lewis Voting Rights Advancement Act,’ become law. When we pass H.R. 4, we must do so in a way that is ironclad constitutionally,” Pelosi wrote. “This is what Congressman Butterfield and the House Judiciary Committee are hard at work on now. H.R. 4 must be passed, but it will not be ready until the fall, and it is not a substitute for H.R. 1.”

While Lewis, the widely venerated Georgia Democrat and civil rights movement veteran, died July 17, 2020, he had a major role in drafting the bill bearing his name.

Like the defeated S. 1, H.R. 4 would effectively put the Department of Justice (DOJ) in control of future presidential and congressional elections, according to constitutional lawyer Hans von Spakovsky of the conservative Heritage Foundation.

The Lewis Act “sounds great until you realize it will be used to achieve partisan political gains rather than prevent racial discrimination,” the Heritage scholar wrote earlier this year in a legislative and legal analysis.

“The real aim is to reverse the 2013 Supreme Court decision in Shelby County v. Holder and to give the political allies of Democrats—the radicals who inhabit the career ranks of the Civil Rights Division of the U.S. Justice Department (where I used to work), and advocacy groups such as the ACLU—control over state election rules,” von Spakovsky wrote.

What makes H.R. 4 the perfect vehicle for a renewed Democratic push to federalize elections is that the Lewis bill would restore the 1965 Civil Rights Act’s Section 5, which the 2013 court decision struck down. Section 5 subjected all of nine Southern states and parts of six more to a “pre-clearance” process for even the most minute details of how those jurisdictions conduct presidential and congressional elections.

The original Section 5 was based on a formula using voter turnout data from the 1960s, when blacks were often unable to vote in the South. Congress failed to renew the formula in 2006, von Spakovsky said, because by that year, black turnout often matched or exceeded white turnout.

In that case, the affected states would be freed of the pre-clearance process and thus regain their constitutionally mandated full sovereignty over elections.

Reviving the pre-clearance process and turning H.R. 4 into a vehicle for including selected items from the Democrats’ grab-bag of election reforms in S. 1—expanded mail-in voting, legalizing vote harvesting, providing federal tax dollars to campaigns, banning voter ID requirements—would simply require the adoption of a package of amendments.

“S. 1 was their wish list, but the John Lewis bill isn’t far behind it,” former Virginia Attorney General and Deputy Secretary of Homeland Security Ken Cuccinelli told The Epoch Times on June 23. Cuccinelli is now chairman of the Election Transparency Initiative.

“It’s scary as well. They’re rewriting it now. I don’t think it’s going to look like it looked in the last Congress. They’ve had their swords sharpened here, they’ve learned some things, and they’re going to go try and strengthen what they’ve put forward,” he said.

“The real problem they have is between what the radical left wants and the moderate nature of what can actually pass. The gulf between the two is very substantial.”

“Fully four in five Americans (80 percent) support requiring voters to show photo identification in order to cast a ballot. Just 18 percent oppose this,” Monmouth said. “Support for requiring a photo ID to vote stands at 62 percent among Democrats, 87 percent among independents, and 91 percent among Republicans.”