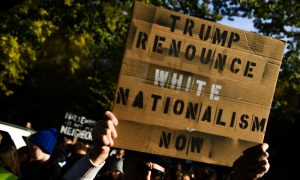 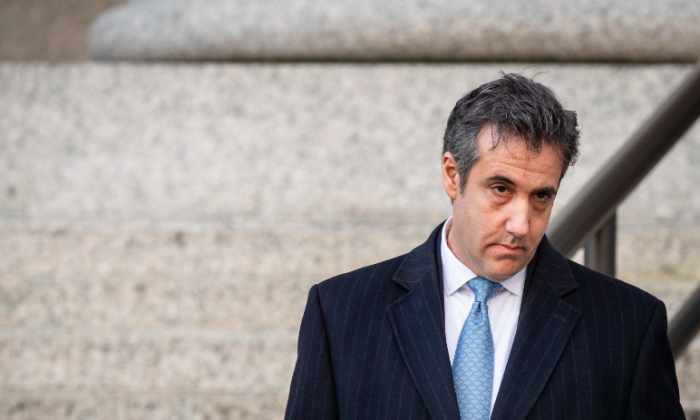 For the Media, Another Swing and Miss

“Bombshell” reports are nothing new. As a matter of fact, since President Donald Trump took office, they have become quite common.

The formula for what constitutes a “bombshell” report has crystallized since Trump took office. Specifically, if a report has the potential to hurt the president, it is worthy of the coveted “bombshell” label. It doesn’t matter whether the information is verified, true, corroborated, or even knowingly false. The only prerequisite is that it relates to Trump and can potentially hurt him or his administration.

According to The Hill, a recent BuzzFeed report boldly claimed that “President Trump directed his former longtime lawyer Michael Cohen to lie to Congress about the effort to build a Trump Tower in Moscow during the 2016 presidential campaign.”

Not surprisingly, when this report was released, many in the media and on the left dubbed it as “explosive” and a major “bombshell.”

According to Rep. David Cicilline (D-R.I.), if this were true, it could be the most serious threat to Trump’s presidency. Here’s the problem: This so-called “bombshell,” along with several others, was uncorroborated.

Let’s not deceive ourselves. If Trump directed Cohen to lie to Congress, this could be very problematic. Legally, it could potentially open up talk of obstruction, perjury, and impeachment. Politically, it could hurt Trump’s image in the public eye, even with those who have stuck with him from the beginning of his presidency.

However, like many other potential “bombshells,” the operative word is “if.” In a CNN interview, Anthony Cormier, one of the authors of the BuzzFeed article, referred to several sources with information on this matter and indicated that he was “100 percent” sure that their story was accurate.

However, Cormier also told host Alisyn Camerota that he has “not personally” seen the evidence he cited in the report. But, he said, “the folks we have talked to—two officials we have spoken to are fully, 100 percent read into that aspect of the special counsel’s investigation.”

Another example involves the recent plea deal with Cohen. In August 2018, Cohen entered a guilty plea and admitted to violating campaign finance laws by arranging hush-money payments under the direction of an “unnamed candidate.” Four months later, Mueller and the Special Prosecutors Office for the Southern District of New York submitted several memos dealing with alleged Russian collusion, obstruction, and campaign illegalities.

According to Vox, the August revelations were “explosive,” although the later memos didn’t disclose anything new that definitively established a campaign finance violation against the president. Specifically, Cohen’s assertion that he acted in coordination with and at the direction of the president was uncorroborated, and the memos failed to provide any independent evidence to substantiate Cohen’s claims other than Cohen’s own assertions.

However, given that they had the potential to hurt the president, they, too, were worthy of the coveted title.

Sadly, some truly major stories don’t get the necessary coverage or attention if they potentially help the president or support his agenda.

For example, per Fox News, when an illegal immigrant confessed to killing missing college student Mollie Tibbetts, some media outlets, including CNN and MSNBC, didn’t really cover the story. This is likely because the tragic case would bolster Trump’s tough position relating to illegal immigration.

According to Fox News: “Mediaite columnist Joseph Wulfsohn told Fox News that it’s ‘fairly obvious that certain news outlets prefer to cover stories that make the president look bad’ and the Tibbetts story ‘didn’t fit their narrative,’ so it fell by the wayside.

“’Hardball with Chris Matthews,’ ‘All In with Chris Hayes,’ ‘The Rachel Maddow Show,’ ‘The Last Word with Lawrence O’Donnell’ and ‘The 11th Hour with Brian Williams’ all completely ignored the Tibbetts story during primetime, and the network didn’t cover it whatsoever from 5 p.m. through midnight.”

These examples paint an unfortunate picture whereby the most “important” stories of the day aren’t necessarily based on their “newsworthiness,” but on whether they help or hurt the president or his administration.

If the former, many outlets may choose to provide a brief synopsis of the newsworthy story (it will be interesting to see how the media handles the recent report regarding the investigation of Trump that was initiated days after Trump fired James Comey). If the latter, the story will undoubtedly receive the coveted “bombshell” title and unlimited coverage simply because it is against the president.

In the recent case involving the BuzzFeed report, the media and some on the left swung for the fences and missed badly.

Elad Hakim is a writer, commentator, and an attorney. His articles have been published in The Washington Examiner, The Daily Caller, The Federalist, American Thinker, and other online publications.