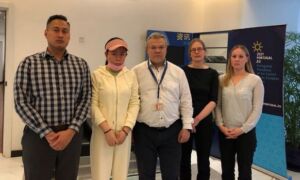 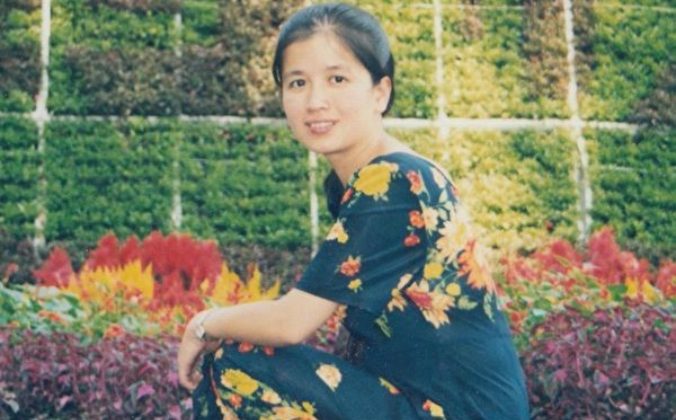 Xu Chensheng before she was persecuted by the Chinese regime for practicing the spiritual discipline Falun Gong. (Minghui.org)
China

In an unprecedented decision, a Chinese court has ordered that significant compensation be paid to the family of a prisoner of conscience who died in custody. The case could inspire families across China to demand state compensation for the deaths of their loved ones.

In May 2012, less than 14 hours after she was arrested, Xu Chensheng was pronounced dead at a nearby hospital in Chenzhou City, Hunan Province. Local authorities did not notify the family until two days later, claiming the 47-year-old mother had “died suddenly of illness.” Her son said she was perfectly healthy prior to her arrest.

Xu was arrested for distributing materials about Falun Gong, a traditional Chinese spiritual discipline based on the principles of truthfulness, compassion, and tolerance. The Chinese communist regime has persecuted Falun Gong practitioners since 1999. At the start of the persecution, the practice had up to 100 million adherents in China, according to state and Falun Gong sources.

Xu’s case may be the first since 1999 in which a Chinese court has officially handed a compensation order to the family of a killed Falun Gong practitioner, said Heng He, a senior political commentator with New Tang Dynasty Television (a sister media of The Epoch Times). The family received 319,000 yuan ($47,500) at the end of 2016.

In the past, some families whose kin died as a result of persecution received compensation in the form of under-the-table payments intended to silence, instead of redress, grievances. “The persecutors wanted to conceal their crimes,” Heng He said.

The news of the compensation was first reported on July 31 by Minghui.org, a website that monitors the persecution in China.

After his mother’s death, Xu’s son, Yang Xujun, had petitioned the courts and police. Beihu District Police Station refused to admit to wrongdoing, so Yang appealed to a district court. On Dec. 19, 2016, the court issued the decision to compensate the family.

“Since the persecution of Falun Gong began, the Chinese communist regime has been undermining the legal system. Many Falun Gong practitioners had been killed or crippled because of the persecution. But they had nowhere to appeal,” said Heng He.

Former Chinese Communist Party (CCP) chief Jiang Zemin launched the nationwide persecution of Falun Gong in China in 1999. He ordered that authorities can “count it as suicide if a practitioner is beaten to death.”

Jiang rewarded officials with monetary incentives or promotion to higher office for actively persecuting Falun Gong. “No matter what crimes they committed, they did not have to bear the responsibility,” Heng He said.

But recently, Chinese leader Xi Jinping’s anti-corruption campaign has ousted or even prosecuted many of the officials responsible for suppressing Falun Gong adherents.

Not only local officials, but also many within the top echelons of the regime have been purged, including Zhou Yongkang, the former security czar, and Li Dongsheng, the former head of the Gestapo-like 610 agency tasked with suppressing Falun Gong.

“Even if it was in the name of corruption, this shows that the officials who persecuted Falun Gong are no longer immune,” Heng He said. “This undoubtedly serves as a warning to those officials who continue to persecute Falun Gong.”

Heng He believes that the state’s compensation in Xu’s case is a signal that the persecution—helmed by the 610 Office and executed by the police, the procuratorate, and the court system—is becoming difficult to maintain in China.

“The long-standing mechanisms and policies of persecution are starting to fail,” Heng He said. “The judges and even the local Communist Party officials who are involved in this case also don’t want to be held responsible for the persecution.”

At least 4,114 Falun Gong practitioners have been persecuted to death, according to cases documented by Minghui. Due to the Chinese regime’s tight grip on information, the documented numbers are feared to be a fraction of the true death toll.

Taiwanese human rights lawyer Teresa Chu says that more victims and their families should demand compensation from all levels of government.

“In terms of the levels of compensation, firstly, Jiang Zemin used the national machine to launch the persecution. The victims should sue Jiang Zemin and demand state compensation,” said Chu.

“Secondly, the perpetrators who directly used violence should be held accountable for criminal and civil liability. Thirdly, as in this case, victims should demand to receive state compensation for the illegal acts of the police department.”

Xu’s family first took action by requesting an independent autopsy after they noticed discrepancies in the official findings, but police, prosecutors, and court officials interfered. They blocked the family from hiring an independent doctor to conduct the autopsy and also threatened to have the victim’s brother fired from his government job.

The family then started a grassroots campaign in town, with the help of other Falun Gong practitioners, to blanket the area with brochures and posters exposing the circumstances behind Xu’s death.

Local residents who read the brochures publicly criticized the officials involved in the case. Police were sent to maintain security in the area, but ended up leaving after incessant questioning from the locals, according to the Minghui report.

Chu believes that the grassroots support from the community, in addition to the persistence of the victim’s family, ultimately led to the court’s decision to award compensation. The case has now set a precedent for future lawsuits.

“It’s not only on the issue of persecution of Falun Gong that people should come to support practitioners to pursue justice,” Chu said. “People from all parts of China that have been persecuted by the Chinese regime should not feel desperate or give up. With help from each other, they should also continue to fight for their rights, whether it’s administrative compensation or legal civil compensation, or sue the perpetrators.”

“If this trend can be spread to all over China, then the dictatorial mechanism cannot be maintained,” she said.

Tina Lin from NTD New York contributed to this report.