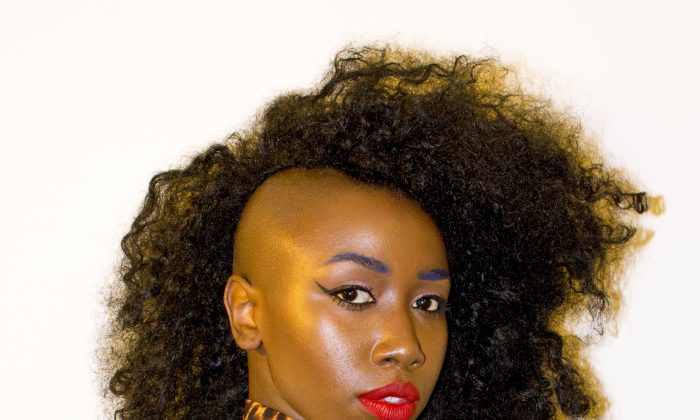 Jameca McGhee's father used to write her letters from prison. After he died, she learned how much effort he put into them. (Courtesy of Jameca McGhee)
Opinion

In Georgia, four little words mean the difference between life and death for a small subset of people. The Supreme Court ruled in 2002 that the states must not execute a person with an intellectual disability.

“I think life is precious, no matter how we look at it,” Eric Jacobson said. “To use the death penalty in cases where people have an intellectual disability—it’s not fair. It’s not justice.”

Jacobson is the executive director of the Georgia Council on Developmental Disabilities (GCDD). It is a federally funded, independent state agency that advocates on behalf of Georgians and families living with developmental disabilities, according to its website.

GCDD is not trying to end the death penalty. It is trying to bring Georgia in line with other states and to protect people with intellectual and mental disabilities from what the Supreme Court called, for them, “cruel and unusual punishment.”

According to Jacobson, “this is a population that should be taken out of the equation” for the death penalty. Jacobson and his allies want the standard of proof changed to “preponderance of the evidence.”

I had a cat I loved. It died. He got another inmate to make me a stuffed cat.
— Jameca McGhee, daughter of convicted murderer Raymond Burgess

The case of convicted murderer Warren Lee Hill drew international attention because he had an IQ of 70 and because multiple experts found that he had intellectual disability. But he served in the Navy, held a job, and was able to function.

At the time Hill was sentenced, people had less understanding of how well intellectually disabled people can function if they have the right support, according to attorney Katie Chamblee of the Southern Center for Human Rights. “Georgia did lead the pack in 1986.” It was the first state to ban execution of people with intellectual disability.

But the high standard of proof inserted in the law undercut its intention. “Standards of proof just mean, how sure do we need to be?” Chamblee asked. Beyond a reasonable doubt is how sure you need to be before you buy a house. Preponderance of the evidence means what’s clear if you look at the evidence as a whole, according to Chamblee.

During Hill’s time on death row, and during his multiple appeals, prosecutors argued that he was faking his disability.

Hill, age 54, was executed at a state prison in Jackson, Georgia, on Jan. 27, 2015. Amnesty International called his execution “beyond reason.”

An argument against changing Georgia’s law is that it would open the floodgates for other murderers to try to fake intellectual disability to avoid the death penalty. An argument for changing it is that Georgia should not be the only one of 50 states with a nearly impossible standard of proof.

The daughter of a murderer who died of a stroke while on death row described how she learned more about her father’s limitation.

Jameca McGhee is a fashion designer, makeup artist, and activist. She was 2 years old when her father, Raymond Burgess, went to prison, she said. Burgess and his Georgia lawyers tried and failed to prove that he had an intellectual disability.

“We were really close when I was really young. I would write him letters. Being a creative child—he was very attentive to my emotional needs.” He would always write her back, with nice, clear, properly spelled letters.

“I had a cat I loved. It died. He got another inmate to make me a stuffed cat.” It looked just like her cat, and she treasured it.

After he died on death row of natural causes in 2012, a prison official gave her all his belongings.

“He had a notebook with every word he had used in his letters to me. I realized how much effort he had put into writing those letters,” McGhee said.

Burgess, like Hill, was convicted of heinous crimes. Yet part of him was simple. Advocates for both men contended that in some ways they were like children.

Bill Moon knew Burgess. “He always said to me, ‘I just want to do the right thing. I don’t want to get into trouble.'” Moon is a retired educator and a Clarkston Development Foundation board member.

I think life is precious, no matter how we look at it.
— Eric Jacobson, executive director, GCDD

The phrase “beyond a reasonable doubt” is normally meant to protect the innocent, according to Moon. Only in Georgia does the phrase expose people with intellectual disabilities to the death penalty.

Jacobson is hopeful. His group has been lobbying for a change in the law for three years. “The more conversations we have with conservative legislators, the more we are finding that there are allies out there,” he said.

Georgia legislators have been working on some meaningful justice reforms in the past few years. I think they can do the right thing for intellectually disabled people, and establish preponderance of evidence as the standard of proof.

According to the upcoming fifth edition of the Diagnostic and Statistical Manual of Mental Disorders (DSM-5), intellectual disability (ID) involves impairments in three areas of life. The conceptual domain includes language, reasoning, math, knowledge, and memory.