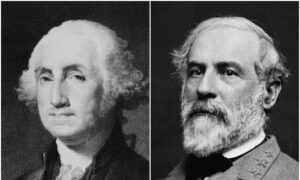 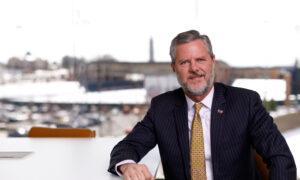 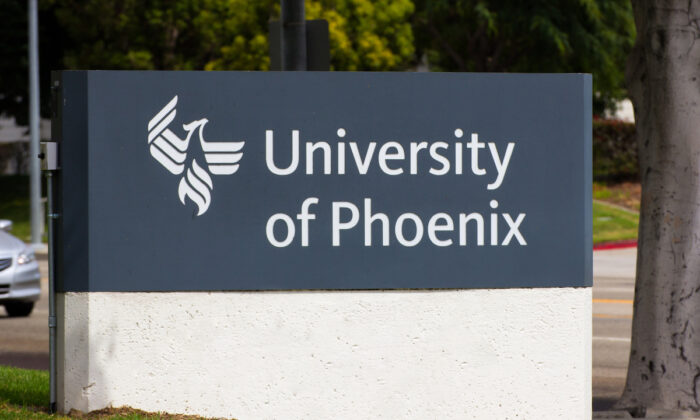 The University of Phoenix sign in Carson, Calif., in August 2012. (Ken Wolter/Shutterstock)
Education

The University of Phoenix (UOP) and its parent company, Apollo Education Group, have reached a record $191 million settlement with the Federal Trade Commission (FTC), which accused the for-profit college of attracting students with a “deceptive” advertising campaign.

According to an FTC statement released on Dec. 10, UOP allegedly used deceptive advertisements that falsely claimed it worked with top companies to develop courses and create job opportunities specifically for its students.

UOP and Apollo Education agreed to the settlement without admitting to any wrongdoing. As part of the $191 million settlement, UOP will to wipe out $141 million debts owed to the school by students who were harmed by the deceptive ads. The remaining $50 million will be paid in cash, which the FTC says “will be used for consumer redress.”

“This is the largest settlement the Commission has obtained in a case against a for-profit school,” said Andrew Smith, director of the FTC’s Bureau of Consumer Protection. “Students making important decisions about their education need the facts, not fantasy job opportunities that do not exist.”

The federal consumer agency says that UOP used a multi-media ad campaign to attract students, including ads specifically targeted those who are veterans or in the military. These ads featured several high-profile employers, including Microsoft, Twitter, Adobe, and Yahoo!, creating a false impression that UOP could help students get jobs in those companies after their graduation.

In a 2012 TV commercial that features a crowded campus parking lot, parked cars can be seen elevated and replaced with logos of prominent employers. “at University of Phoenix, we’re working with a growing list of almost 2,000 corporate partners, companies like Microsoft, American Red Cross, and Adobe to create options for you,” says the narrator. “Not only that, we’re using what we learned from these partners to shape our curriculum so that when you find the job you want, you will be a perfect fit.”

In reality, according to FTC’s original complaint (pdf), these companies did not partner with UOP to provide special job opportunities for UOP students or develop curriculum. Rather, they were “workforce solutions partners,” meaning that individuals who were already working at these companies could enjoy a tuition discount at UOP, in exchange for promoting the school’s academic programs.

“We continue to believe the university acted appropriately,” UOP said in a Dec. 10 statement (pdf). “This settlement agreement will enable us to maintain focus on our core mission of improving the lives of students through career-relevant higher education, and to avoid any further distraction from serving students that could have resulted from protracted litigation.”