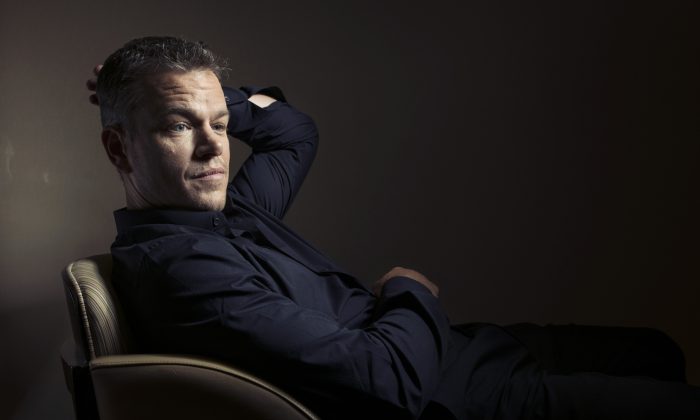 FILE - In this Sept. 11, 2015 photo, Matt Damon poses for a portrait at the 2015 Toronto International Film Festival in Toronto. (Photo by Victoria Will/Invision/AP, File)
Entertainment

For Matt Damon, Jason Bourne Has Been a Lifeblood

NEW YORK—For Matt Damon, the “Bourne” films have been like a lifeblood.

“I was kind of inoculated for that five- or six-year period when I made the first three. I could make decisions with absolutely no thought to what the potential box office was,” says Damon. “It was liberating in that sense. I knew that if I had another Jason Bourne off in the middle distance, it would kind of rescue me and keep my career afloat for a few more years.”

In “Jason Bourne” (out July 29), Damon returns to the spy franchise that made him a full-blown movie star with all the freedom such status affords. Given how much the 45-year-old actor credits the series with, it’s a welcome homecoming.

“It’s obviously the most significant thing that’s happened in my career,” Damon said in a recent interview from the set of Alexander Payne’s “Downsizing.” ”I definitely knew I wanted to do it again but I was always kind of tethered to Paul (Greengrass). I knew I didn’t want to do it without him.”

It’s been nine years since “The Bourne Ultimatum,” but the franchise based on Robert Ludlum’s novels has kept spinning. “The Bourne Legacy,” in 2012, starred Jeremy Renner as another secret agent. That film grossed less than the three previous “Bourne” movies, thus proving the value of both Damon and Greengrass to the franchise. The “Captain Phillips” director helmed Damon’s last two “Bourne” movies.

Damon says the delay was partially caused by a struggle to find a worthy next chapter for the character. The time helped: “Jason Bourne” was inspired by Edward Snowden and more recent debate over civil liberties.

But Damon’s and Greengrass’s motivation in returning, they say, ultimately grew out of satisfying fans of the kinetic, mysterious “Bourne” films.

“All those people who have come up to me over the years, hopefully they’re representative of a whole group of people who will go buy tickets,” says Damon. “We’re counting on it. You never know. It’s the movie business, so it could be a total disaster.”