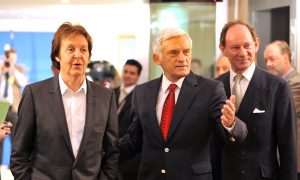 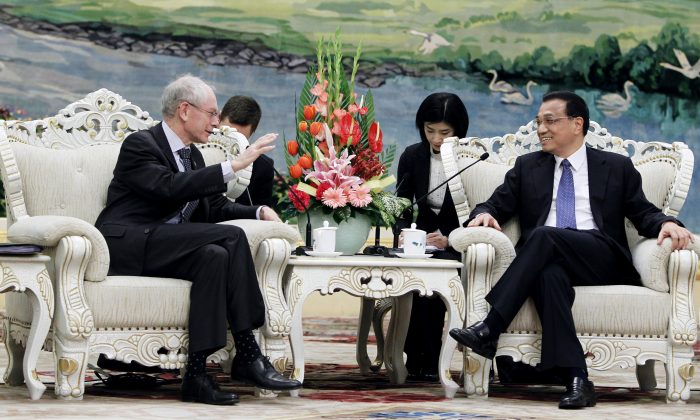 For European Firms, Doing Business in China Is a Half-Empty Glass

In the European Chamber of Commerce’s annual business confidence survey published this month, 56 percent of the 541 European businesses polled said they planned to expand operations in China this year, down from 86 percent in 2013. About 24 percent of the companies, particularly those in energy, also planned staff reductions to save costs.

Further, only 28 percent of those surveyed said they were “optimistic” about being profitable in China.

“Pessimism about profitability is at an all-time high,” said Jörg Wuttke, the European Chamber’s president and China head for prominent German chemical company BASF, to The Associated Press. “It’s clear that the [economic] slowdown is hitting companies’ expansion plans.”

China’s cooling economy—after years of double-digit growth, the world’s second largest economy slowed to 7.3 percent in 2014—is not the only reason why European firms want out.

According to the European Chamber survey, almost two-thirds of the companies felt that the “unpredictable legal environment” in China was the biggest obstacle for doing business, followed by “administrative issues” and “discretionary enforcement of regulations.”

Over half of European companies noted that they were being discriminated against, as compared to their Chinese counterparts. Internet speed and access was also raised as an issue, as well as the Chinese authorities’ environmental protection measures.

European firms also were concerned with the Chinese regime’s willingness to protect intellectual property—only a quarter of the companies polled had research and development centers in China.

“There seems to be great reluctance now to put up an R&D section in China, because of distrust,” Wuttke told The Associated Press.

European businesses were, however, largely in support of Chinese leader Xi Jinping’s anti-corruption drive—more than 85 percent of those polled agree that the recent anti-corruption actions undertaken by the Communist Party “meet or exceed expectations.”

While the conclusion of the European Chamber report notes that firms “used to see a half-full glass” but “now see it as half empty,” Wuttke doesn’t foresee an exodus of European businesses in China. According to the survey, 71 percent of European companies report that their main reason for being in China is “to provide goods and services to the Chinese market.”

But while “there is no way around China,” it is “no longer the only investment destination,” Wuttke told German news agency DPA.