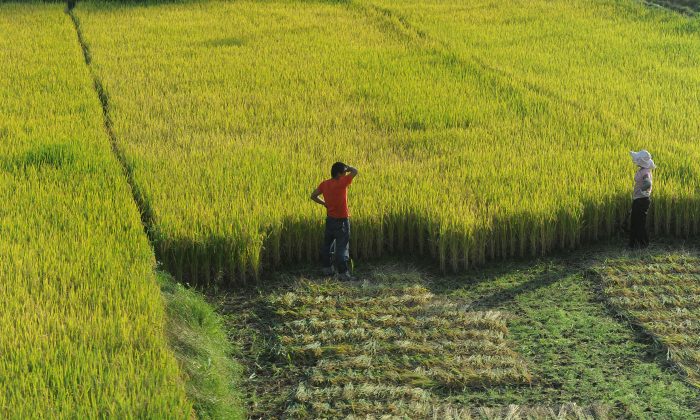 But even with real reform, there will be short term pain
By Valentin Schmid

Reforms are good. In China, at least, they recall the policies of reform and opening up that began in the late 1970s, laying the foundation for three decades of unprecedented growth and economic development.

China did not have much to lose in 1978, the first year of reform policies. But 15 years into the new millennium, and $10 trillion in annual GDP later, it stands to lose a lot. And serious reform is the only way to prevent losses and move on to the next level of economic development.

The stock market crash at the beginning of this year, the gradual decline in currency, and concurrent massive capital outflows, are the direct results of Beijing’s reluctance, or incapacity, to push through real reforms when times were good.

Growth will continue to slow sharply over the next few years.
— Michael Pettis, Peking University

However, according to Communist Party mouthpiece People’s Daily, the regime is now serious about reform. “Reform was decided on after careful deliberation about China’s economic situation,” the newspaper quoted an authoritative but unnamed insider as saying.

The insider also recognized that China’s problems, like overcapacity and malinvestment, are structural rather than cyclical, and warned that growth will be slow in the future. There will be “an impact on society.”

This assessment is surprisingly frank, and even somebody as critical of the Chinese economic model as Peking University professor Michael Pettis agreed. Pettis, however, makes it even clearer that none of the propagated reforms, like the deregulation of the exchange rate and domestic interest rates, will be enough.

“Growth will continue to slow sharply over the next few years, no matter what nonsense we hear from analysts who think there are reforms that Beijing can implement, which, by improving efficiency and boosting productivity, can somehow keep growth from dropping below 7 percent or 6 percent or even 5 percent,” Pettis wrote in a recent note.

Signals out of China prepare us for official growth of 6.5 percent in 2016, a number the regime manipulates according to its political needs.

What Exactly Is the Problem?

“China reminds us of a slave on a Roman galley who is condemned to row (that is, invest) forever, until he either dies exhausted or somehow is manumitted by his owner,” wrote Viktor Shvets of Macquarie Securities in a report.

China has generated close to 50 percent of its GDP through fixed asset formation, or investment, since the financial crisis of 2008. This policy worked well when the country needed roads, airports, high speed railway, and new residential property units. However, after six years of unrestrained spending, most economists agree that China has overdone it.

“China is in trouble now and should be in trouble, because it built 18 cities you can see through. It has huge debt only now because … they don’t stick to the drill and invest in good things. They didn’t. They just kept people working,” said Woody Brock of Strategic Economic Decisions Inc.

Macquarie put this in more technical terms. Since 2008 the ratio of capital to output went up from around 3 to almost 7 now. This means China needs seven units of capital to produce one unit of output. The global average is about three.

In the process, China has created a debt load of 300 percent of GDP, too much to sustain if the investments don’t generate income. “The longer it takes China to rebalance, the greater would be the likelihood of its economy collapsing under the mountain of debt and excess capacity,” wrote Shvets.

Steve Keen, a professor at Kingston University in London, said none of the Chinese asset classes can support more leverage, and it is affecting growth. “The property market was the original way to boost demand in the Chinese economy,” he said in a telephone interview. “That has come to an end, the share market has come to an end, so you have this enormous hole in demand.”

The authoritative insider from the People’s Daily knows this, and the regime knows it. So they have embarked on a reform path to “rebalance” the economy: Move from investment and manufacturing to consumption and services.

However, the proposed reforms are not enough, and the economy needs something much more drastic to get back on its feet.

“Without a major program of wealth transfers from the state to the household sector, there is simply no way China can maintain growth rates of even half current levels,” wrote Pettis.

It’s not that China did nothing. It has started on reform projects ranging from interest rate liberalization to ending the monstrous one-child policy.

If properly handled, the reforms will not cause long-term turmoil in society.
—  People's Daily

All this is good, but even a direct transfer of income from the corporate (investment) to the household sector (consumption), as Pettis advocates, has its perils. “As corporate profitability declines, investments might spontaneously fall (good) but the overall economy and incomes would be also much weaker (bad),” wrote Viktor Shvets.

What about the shift from manufacturing to services? Justin Lin, the former chief economist of the World Bank says: “China is moving into the service economy, the decline in manufacturing will be absorbed by growth in services.”

Not good enough, says Shvets, as growth in services doesn’t have the same positive economic ripple effects as does growth in manufacturing. Also, services don’t grow productivity as fast, leading to lower growth in the short term. “The net outcome would be negative in the short term, though promising significant benefits over time.”

The problem is that most of those reforms go against the vested interests of Communist Party elites. “Any meaningful progress is exceptionally difficult and indeed potentially counterproductive to the ruling elite,” said Shvets. On the other side are the millions of people who will lose their jobs as the old investment model is phased out, waiting for the new consumption model to arrive.

Given this set of circumstances, the People’s Daily’s insider is a bit more optimistic: “Turbulence cannot be entirely avoided, but it is worthwhile turbulence. If properly handled, the reforms will not cause long-term turmoil in society.” If properly handled.