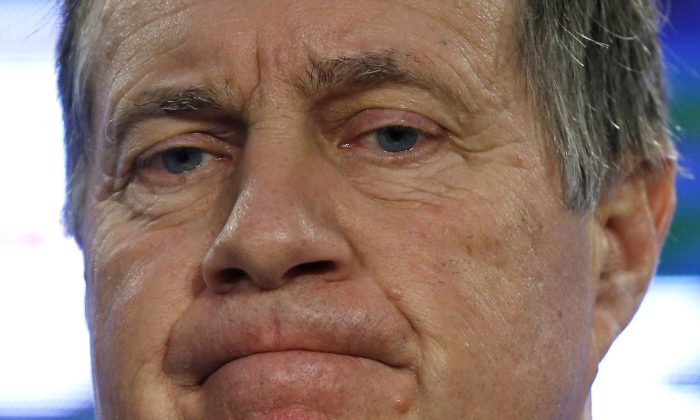 New England head coach Bill Belichick’s explanation of the deflated footballs being partly the result of atmospheric conditions didn’t sit well with Bill Nye the Science Guy and it doesn’t sound like Wilson, the company that manufactures the footballs agrees with it either, according to a report on deadspin.com.

“That’s BS,” said Wilson rep Jim Jenkins, who explained to Boston.com how they make the balls. Unless the ball is in the freezer it’s not going to fluctuate wildly under natural atmospheric changes for “maybe a year or two” after being manufactured.

A colleague of Jenkins said that something unnatural (read: intentional) would have to happen to the ball’s internal air bladder to make the balls deflate the way the Patriots’ balls are accused of undergoing.

“Well it couldn’t [deflate] unless something happened to a bladder, but that really doesn’t happen and there’s no other real way,” Wilson’s director of experiential marketing Molly Wallace said.”