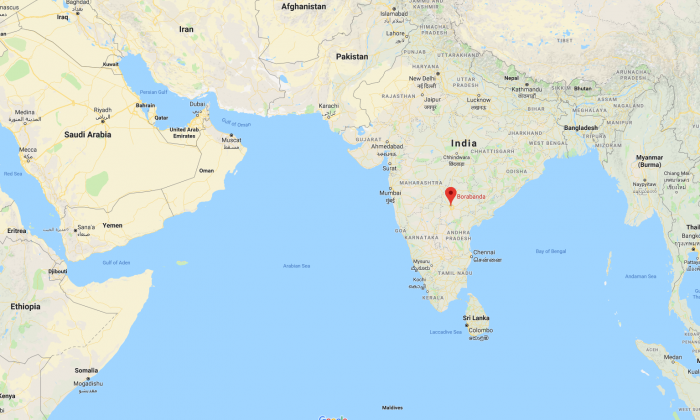 Footage That Prompted Indian Government Warning on ‘Killfies’ Could Be Fake

The selfie footage of the moment an Indian man was apparently struck by a train went viral, and was reported by media around the world.

As reports emerged that the man had suffered head injuries, it even prompted a statement from the Indian Railways Minister, warning of the dangers of the selfie-taking craze on Indian railways that has spawned the term “killfies.”

But now doubts are emerging about the authenticity of the footage, with some media organizations in India claiming the 25-year-old faked the video together with his friends.

The footage, taken on Jan 21 shows a man named Shiva (or Siva as reported in some reports) standing on the edge of the tracks in Hyderabad city, as a train approaches him from behind.

The footage apparently shows him struck on the right-hand side by the train.

There is nothing obvious to indicate that the video, which was reportedly released by the police, is fake. The shadows, often the giveaway in any poorly faked footage, appear all present and correct. The final frames as the train looms into the shot show the shadow of his hand, then his head, appearing on the front of the train just as you would expect.

A police statement on Jan 24 said that Siva was hit by a speeding MMTS train and fell down by the side of the track and sustained a head injury.

“The o­n-duty Home Guard of Borabanda produced the person before the Assistant Sub- Inspector of Police/ Bharatnagar,” said the statement from the India Railway Police. “The person was counseled and also booked under Railways Act by Railway Protection Force (RPF).”

The Sun newspaper reported authorities as saying that he wasn’t hit by a train, but knocked down by a blast of wind. Other media, including the BBC, said that he had been struck by the train, and had been fined.

Some reports say that the police reported he had suffered serious injuries to his head and chest as well as his arm, and went to the hospital.

But two or three days later, a journalist who works for a local news channel tweeted a video of an apparently fully recovered (or unharmed) Shiva together with his friends. The journalist, Nellutla Kavitha, said that they claim the video was faked.

This guy Shiva n his friends created MMTS train accident fake video, fooled ppl as accident took place, this guy works in a gym at Madapur as general instructor, got this info from my teammate who goes to this gym, now this guy is absconding pic.twitter.com/QebASR3FcS

She added, “This guy works in a gym at Madapur as general instructor, got this info from my teammate who goes to this gym, now this guy is absconding.”

According to The IndianIdiot, what one man says in the video is translated as: “Nothing happened to him. He is alright, eating well and drinking. There was a newspaper article on this which was not researched so it authenticated the fake video and fake consequences.”

Local TV station ABN Telugu reported that the video was fake on Jan. 25, publishing a report with analysis of the footage.

Last November, the Indian government launched a campaign to warn of the dangers of the extreme pursuit of selfies, following four deaths in the space of a few months.