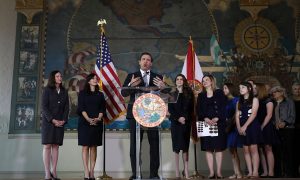 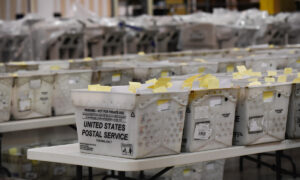 Flipping Florida: How Pro-China Communists Plan to Turn the Sunshine State Blue in 2020
0 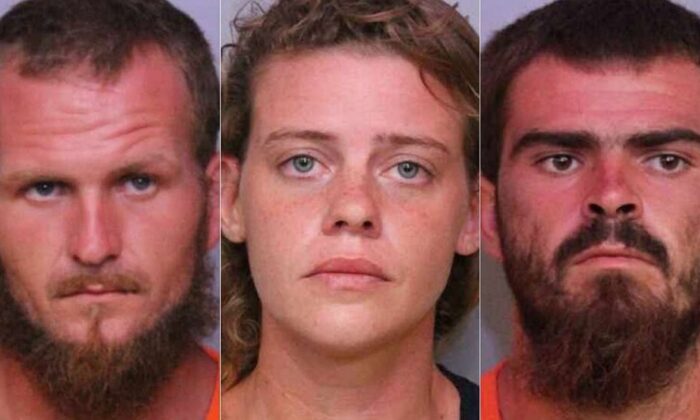 Tony "TJ" Wiggins, 26, who reportedly has 230 felony criminal charges in his arrest history, is allegedly behind the massacre. Mary Whitmore, 27, and his brother Robert Wiggins, 21, were also arrested (Polk County Sheriff's Office)
US News

The Polk County Sheriff’s Office in Florida released surveillance footage that shows a suspect in the triple-homicide case involving three fishermen attempting to speak to one of the homicide victims in a Dollar General.

Tony “T.J” Wiggins, 26; Mary Whittemore, 27; and Wiggins’ brother William “Robert” Wiggins, 21; were arrested in the slayings of Damion Tillman, who was seen in the footage.

“The clerk told detectives that Damion said he was going fishing. The clerk also saw the suspects in the store at the same time, and they are also seen in the video. The clerk told detectives that the suspects heard Damion say he was going fishing, and that Keven would be with him, as the clerk listened to all of them talk to each other about it,” the sheriff’s office said in a news release.

Earlier, detectives searched a travel trailer where the three suspects lived and found two SKS rifles, two Mossberg shotguns, and ammunition for both in a gun safe that belonged to TJ.

“Detectives interviewed all three suspects, and their stories were inconsistent and contradicting each other. Whittemore admitted to purchasing the ammunition, and to being with the brothers on the night of the murder. She did not make any additional statements. The Wiggins brothers’ statements were inconsistent,” the sheriff’s office wrote.

Robert Wiggins then admitted to seeing one of the victims at the Dollar General store. When they left, TJ allegedly directed Robert, the driver, to turn around and follow trucks that were being driven by the victims.

The two other slain victims were identified as Keven Springfield and Brandon Rollins.

When they arrived, according to the office, “Robert stayed in the truck with Whittemore, while TJ got out and confronted Keven Springfield, punching him and yelling at him, accusing Keven of stealing his truck.”

“Brandon Rollins and Damion Tillman get out of their truck, and TJ continues to scream at all of them. Robert told detectives he watched as TJ shot all three victims. TJ then asked Robert to help him put Damion into the back of one of the trucks,” the office said.

After the alleged killings, the suspects went to a McDonald’s and ordered 10 double-cheeseburgers and two McChicken sandwiches, the sheriff’s office added.

“On Saturday morning, July 18th, Robert took his truck to a car wash in Lake Wales and washed the clay from it,” the office added.

It noted that neither TJ Wiggins nor Whittlemore are cooperating in the investigation.