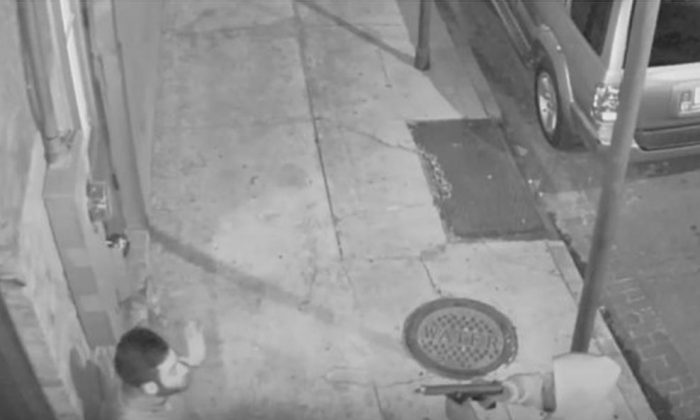 Footage Released of Student Shot Trying to Stop a Robbery

NEW ORLEANS — Police released surveillance footage of a Tulane University medical student being shot while trying to stop an apparent armed robbery in New Orleans. (*WARNING: The pictures and footage might be disturbing for some viewers*).

According to The Times-Picayune (http://bit.ly/1MJIZA3 ) the footage, captured by a nearby business, shows a man in a hooded shirt dragging a woman down a street early Friday morning.

She falls and the man takes her purse. Twenty-five-year-old Peter Gold stops to help the woman, and the man pulls out a gun and shoots Gold. The woman was not injured.

NOPD said in a news release, “The victim explained to the suspect, repeatedly, that he did not have any cash. The suspect became enraged and shot the victim once in the stomach.”

Police said Gold is listed in “guarded” condition at a hospital.

Police were looking for a suspect.

(WARNING: The video is graphic and might be disturbing for some.)