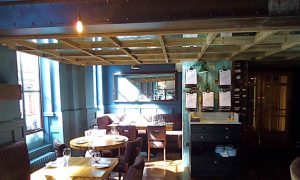 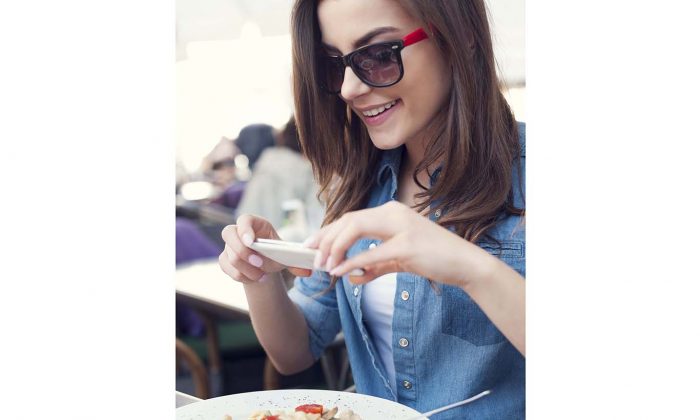 One of the many things foodies are derided for is taking photos of their meal. The trend is so common that some restaurants have actually banned it, saying it annoys other customers. (gpointstudio/iStock/Thinkstock)
Canada

Foodie Culture: ‘Can We Just Shut Up and Eat?’

A foodie, for those who don’t know, is someone who has an avid interest in food—preferably locally grown, organic, and high-quality—and constantly seeks new culinary experiences rather than simply eating out of convenience or hunger.

And it seems there are a lot of them in Canada. According to a recent poll conducted by Nanos Research and Canadian Food & Lifestyle Channel Gusto TV, a whopping 70 percent of Canadians identify themselves as foodies.

But in the last few years, foodie culture has been taking a bit of a hammering on many fronts, including in the media. Laurel Miller, a Colorado-based culinary educator, food writer, and cheese consultant, is one of a plethora of food experts and critics decrying foodie-ism and the growing elitism around it.

The heart of the foodie backlash, says Miller, challenges the pretentiousness that has become synonymous with foodie culture, such as competing for reservations at the trendiest restaurants, bragging about how sophisticated and adventurous your palette is, which chef or farmer you know on a first-name basis, and documenting every elaborate meal on Instagram.

“The term ‘foodie’ has come to represent a kind of elitism—that ‘I’m in this special club’ and ‘I care more and know more about food than you do,'” Miller says.

“It’s become a title and something that people have bragging rights about—who spent more on sea salt, who is better friends with the farmer. That’s really what I can’t stand about it, is this one-upmanship thing.”

Miller has worked in virtually all aspects the food industry for 25 years, from line cook, market vendor, and food educator, to author and food festival organizer. In that time she has seen foodie culture explode, led by high-profile chefs and food activists such as Alice Waters and Michael Pollan, who sparked a revival of slow food and farm-to-table dining.

But it was during her time as a farmer’s market vendor in Berkley and San Francisco in the late 90s that she began to notice foodie culture had taken on an overzealous, almost fanatical following. Customers were becoming more aggressive, demanding, and pretentious.

“We all had certain customers that were just a nightmare,” she says. “That’s when I thought this has become out of control. It’s kind of a conundrum where it’s like we’ve created monsters, in a way.”

She adds that she disdains even the word foodie, as do many who work in the industry.

“I have yet to meet someone who works in the food industry, whether they’re a chef or coffee roaster or what have you, that isn’t annoyed as hell by the term, and would ever refer to themselves as that.”

Good Food Not About Elitism

The broader problem with turning good food into a members-only dining club is that it works against the fundamental mission and values of any genuine food culture: food that is accessible to everyone, affordable, sustainable, nutritious, and delicious.

“The more we fetishize food and make it precious the more inaccessible we make it to the people who really need it—the people who don’t have the disposable income,” notes Miller.

“Good food—nutritious, wholesome, local food—shouldn’t be about elitism, it should be accessible to everyone.”

Revered millennia-old food cultures such as in France, Italy, or India all have this factor in common—good food is considered a basic human right. In North America, the skyrocketing rates of obesity, heart disease, and type II Diabetes linked to the Western-style diet are often highest among the poor.

This is what seems to fundamentally irk so many professionally trained food experts about the foodie movement—that it is subtly undermining the much-needed development of a wholesome, accessible food culture in North America.

In fact some high-profile food writers such as Amanda Hesser, celebrity chef Anthony Bourdain, and others in the industry have criticized the movement, despite the fact that it brings money into their restaurants and readers to their food columns.

But Bourdain also believes the foodie-ism craze is the manifestation of an immature, prepubescent food culture taking its first steps toward adulthood.

“A lot of the sort of hypocrisy and silliness and affectation of current American food culture is just fits and starts, awkwardly and foolishly growing into a place where a lot of older cultures have been for quite some time,” he told Smithsonian magazine in a recent interview.

Miller admits that foodie bashing may seem hypocritical coming from industry veterans—after all she herself makes a living writing about artisan cheeses and the hottest new restaurants.

She also notes that foodies (and their buying power) have helped raise awareness about real issues such as food security, factory farming, fair wages for farm workers, and the benefits of eating local and in-season.

At the end of the day though, she just wishes foodies could keep it all in perspective and dial down the self-righteousness and arrogance while staying focused on what’s important.

“Levity is really key, and that’s the thing that I find really missing in foodie-ism,” says Miller. “Food is very important to me, but it is just food, you know? … It’s like, can we just shut up and eat?”